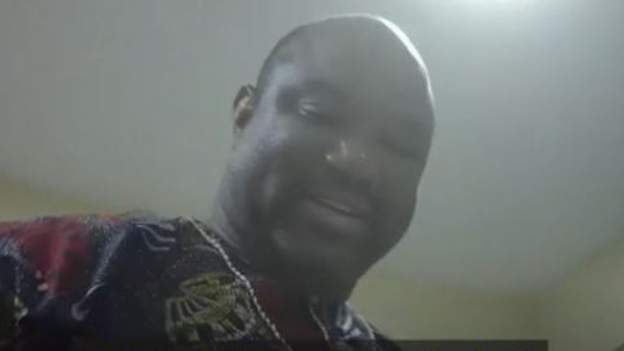 The University of Lagos has suspended a lecturer who was caught on film propositioning and sexually harassing an undercover BBC reporter.

Boniface Igbeneghu, also a pastor, has been condemned by his church.

He was one of several academics secretly filmed as part of a year-long investigation by BBC Africa Eye.

The report also saw students, some with their identities hidden, making allegations about their own experiences with professors.

The academic was filmed putting inappropriate questions and requests toward a BBC journalist, who was posing as a prospective student aged 17.

On a final meeting between the pair, the lecturer was filmed physically harassing her and asking to kiss her inside of his locked office. He also appeared to threaten to tell her mother if she was “disobedient” towards him.

A number of other students in the film also made allegations of abuse against the lecturer. One former student of Dr Igbeneghu, whose identity was protected, claimed the experience has led her to attempt suicide several times.

The University of Lagos, in response, held an emergency meeting on Monday where Dr Igbeneghu was immediately suspended and barred from campus.

In a statement, the university said it was “highly embarrassed” by the allegations and pledged to do “all that is necessary” to investigate and combat the “menace” of harassment at the institution.

It also said it had closed down a staff function room known as the “cold room” which was identified in the film as a secretive site where students were allegedly taken.

The Foursquare church, where Dr Igbeneghu is a pastor, have also distanced themselves from him in a statement. They said the church does not condone “heinous and unscriptural” acts from ministers and asked him to step down.