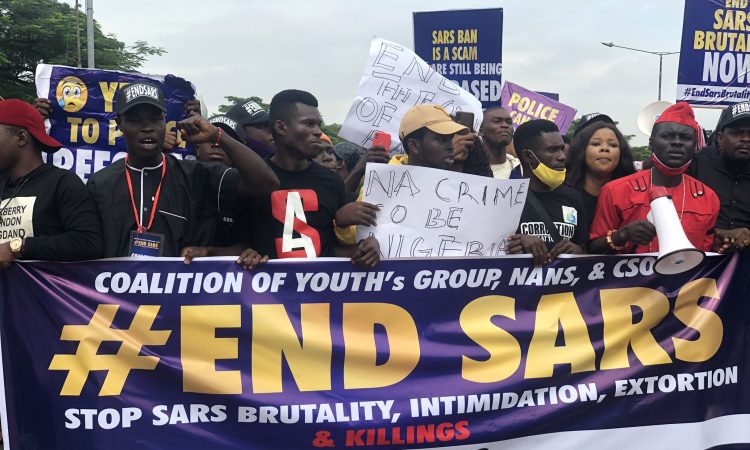 The economic cost of the #EndSARS protest disruption is estimated at N1.5tn, approximately 1.03 per cent of the GDP and 11.47 per cent of the 2021 budget, Financial Derivatives Company Limited has said.

“This suggests that the economic recovery path could be longer than anticipated. Massive investment in job-elastic sectors with minimal control on the pricing mechanism will serve as catalysts and would ensure a sustained ‘take-off’,” the FDC, led by foremost economist Bismarck Rewane, said in its latest economic bulletin.

Last month, a large number of Nigerians, mostly youths, protested for more than 10 days against the activities of the now-dissolved Special Anti-Robbery Squad, which had long been accused of unlawful arrests, torture and extrajudicial killings.

According to the FDC analysts, headline inflation is projected to rise to 14.5 per cent in October from 13.71 per cent in September.

They said, “This means that inflation will be rising for the 14th consecutive month. It would also be the highest level in 33 months.

“Food inflation will be the most affected as it is estimated to climb to 17.05 per cent. Other sub-indices are also expected to move in the same direction.”

According to the FDC, commodity prices increased by an average of 25 per cent last month as the protests exacerbated existing output constraints and supply chain disruption.

It said, “About 1,800 trucks of commodities, food supply, finished goods, other raw materials and logistics enter Lagos on a daily basis.

“A noticeable trend during our survey was that highly perishable and seasonal commodities were severely impacted.”

The analysts said the price of onions, palm oil and tomatoes jumped by 100 per cent, 30.43 per cent and 16.67 per cent respectively.

They said, “The looting and destruction of public and private properties which followed the massacre at the Lekki toll gate will increase job losses.

“This at a time when cost of living is skyrocketing due to higher electricity and PMS (Premium Motor Spirit) price, meaning that the level of poverty will rise.

“We also expect a squeeze in corporate margins following the looting and destruction of private properties.”

This would in turn affect tax revenue in the coming months, the report added.