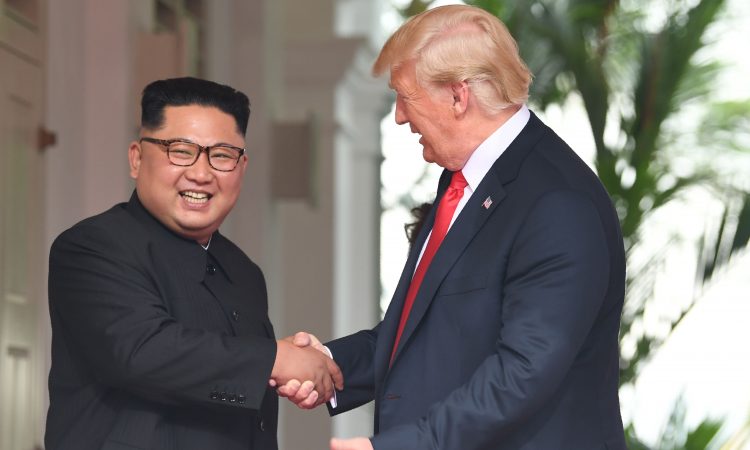 Mr Kim praised the letter as “excellent” and said he would “seriously contemplate the interesting content,” the KCNA news agency said.

Earlier this month, Mr Trump said a beautiful letter had been sent to him by the North Korean leader.

It was not disclosed when or how Mr Trump’s letter to Mr Kim was delivered. The White House has not commented.

Talks between the US and North Korea have reached a stalemate after a meeting in Vietnam between Mr Kim and Mr Trump in February ended without agreement.

This is the first major development between the countries in months since Mr Trump and Mr Kim failed to reach a deal.

However the two leader have been exchanging a number of letters. The US President described the latest despatch from Pyongyang as beautiful.

The timing is also noteworthy as Donald Trump is due to visit Seoul next week to hold talks with the South Korean President Moon Jae-in.

The US had insisted North Korea give up its nuclear programme while Pyongyang had demanded sanctions relief.