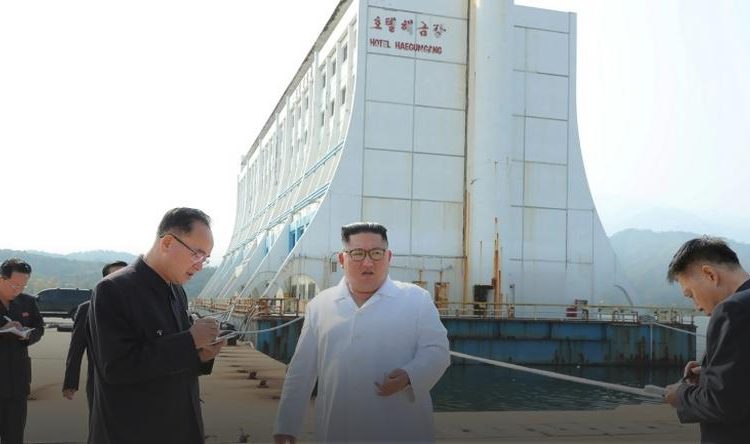 North Korean leader Kim Jong Un has condemned a flagship tourist development with the South as an eyesore and ordered buildings there demolished, state media reported Wednesday, in a stark illustration of dire relations between Pyongyang and Seoul.

The Mount Kumgang tourist complex was built by Southern company Hyundai Asan in the North on one of the peninsula’s most scenic mountains, drawing hundreds of thousands of Southern visitors.

But tours came to an abrupt end in 2008 after a North Korean soldier shot dead a Southern tourist who strayed off the approved path and Seoul suspended travel.

Pyongyang has long wanted to resume the lucrative visits, but they would now violate international sanctions imposed on North Korea over its nuclear and ballistic programmes.

Kim visited the site and lambasted the “shabby” buildings as “just a hotchpotch with no national character at all”, the North’s official KCNA news agency reported, adding “they were built like makeshift tents in a disaster-stricken area or isolation wards” and “very backward in terms of architecture”.

“He instructed to remove all the unpleasant-looking facilities of the south side,” KCNA said, “and to build new modern service facilities our own way”.

The announcement is a striking repudiation of what was once one of the two biggest inter-Korean projects, along with the now-shuttered Kaesong Industrial Complex, where Southern companies employed North Korean workers while paying Pyongyang for their services.

It came only a day after the South’s President Moon Jae-in — who has long championed engagement with the North — touted the benefits of a possible “peace economy” in a speech to Seoul’s parliament.