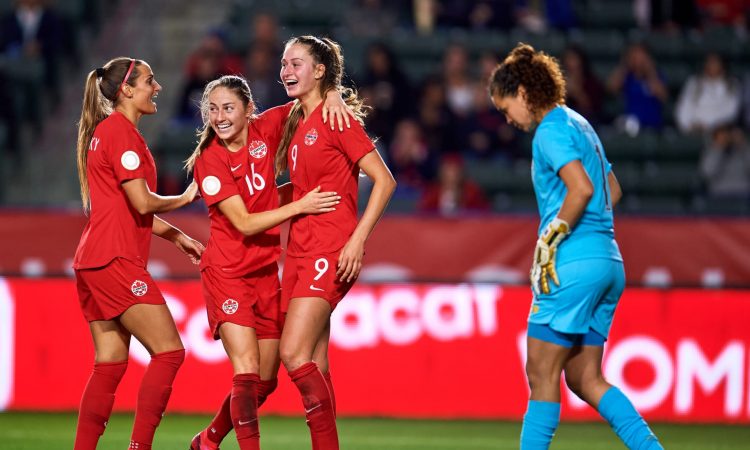 Jordyn Huitema scored in the 72nd minute and Canada punched their ticket to Tokyo with a 1-0 victory over Costa Rica in the CONCACAF women’s Olympic football qualifying tournament.

Costa Rica, 37th in the FIFA world rankings, kept the Canadians at bay with a disciplined defensive performance at Dignity Sports Park in Carson, California.

But Canada, who earned bronze at the 2012 London Olympics and the 2016 Rio Games, broke through at last thanks to 18-year-old Huitema.

The Paris Saint-Germain player had hit the post with her shot from a cross by teammate Deanne Rose, but the ball rebounded straight to her and she slotted it home with her right foot.

Both semi-final winners in the regional qualifier for North and Central America and the Caribbean advance to the Tokyo Games.

The United States took on Mexico in the second semi-final later Friday.