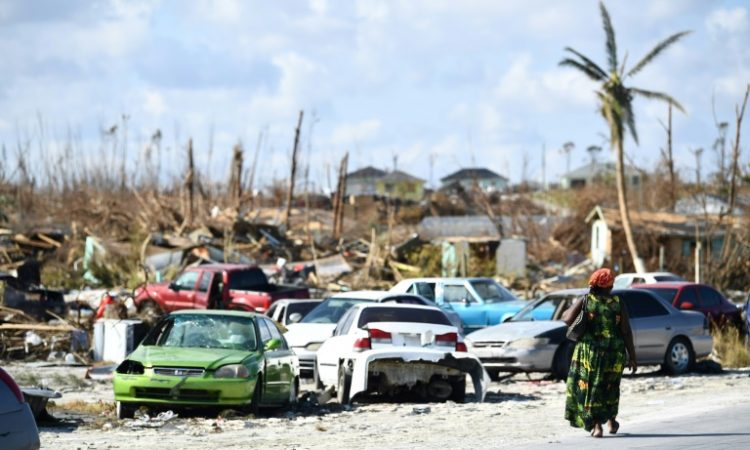 One week after getting slammed by Hurricane Dorian, Bahamians struggled amid the ruins Sunday, with many forced to seek refuge far from their shattered homes as the death toll from the top-intensity storm hit 43 in the islands.

The storm, now classified as a post-tropical cyclone, was expected to move soon into the North Atlantic after cutting a destructive swath from the Bahamas, up the US east coast and to eastern Canada.

In the Bahamas, people were still scrambling for safety, with the lucky evacuees beginning to reunite with loved ones but the fate of uncounted others still in doubt.

Prime Minister Hubert Minnis warned the death toll — 35 so far in the Abaco Islands and eight in Grand Bahama — was likely to climb “significantly.”

A loosely coordinated armada of passenger planes, helicopters and both private and government boats and ships — including redirected cruise liners — converged in the Bahamas on the horribly battered Abacos to help with evacuations, both to Nassau and to the US mainland.

Tropic Ocean Airways said it planned to fly supplies to hard-hit Marsh Harbour from Florida and bring out some 220 people to Nassau on a Delta jet.

On Saturday, a cruise ship carrying 1,400 people docked in Riviera Beach, Florida, CNN reported. All had documents to enter the United States.

The Coast Guard said all Bahamian ports had now reopened. As of Sunday morning, it had five cutters providing support and five MH-60 Jayhawk helicopters taking part in search and rescue operations. It said 308 people had been rescued.

More than 260 Abacos residents arrived Friday in Nassau on a government-chartered ferry, part of the first wave of people to be evacuated off the archipelago’s most decimated islands.

Thousands of miles north in Canada, Dorian toppled a construction crane at a half-finished building, tore rooftops and toppled trees after making landfall in the port of Halifax Saturday night.

As of 1500 GMT, Dorian was by the northwest coast of Newfoundland and was expected to soon move off into the Atlantic, it said.

No serious injuries or fatalities have been reported, CTV said.

More than 500,000 power outages were reported, according to the Canadian Hurricane Centre, which said the problem extended across the Maritimes, a three-province region in eastern Canada comprising Nova Scotia, New Brunswick and Prince Edward Island.

Bahamas residents said conditions on the devastated islands were brutal and that the smell of unrecovered bodies, along with mounting piles of garbage, was oppressive and unsanitary.

Hundreds or even thousands of people were still missing, officials said, as search-and-rescue teams continued their grim retrievals.