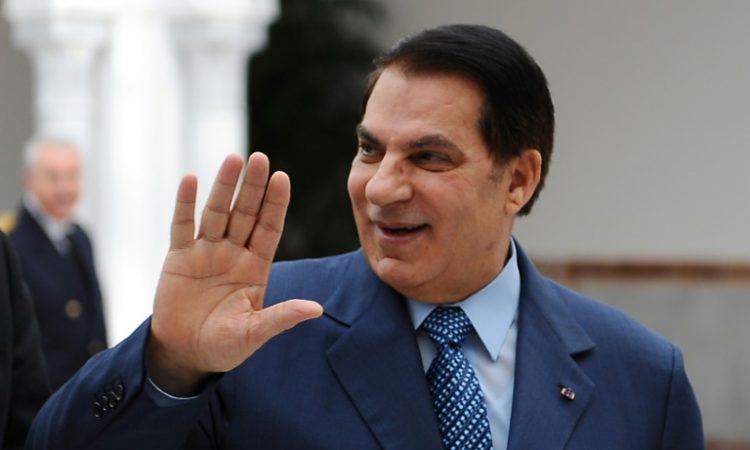 Tunisia’s all-powerful leader for over two decades, Zine El Abidine Ben Ali was forced from power and into exile by a landmark popular uprising in early 2011, sparking revolts across the Arab world.

The man who once appeared in official portraits with a benevolent smile and jet black hair died Thursday aged 83, in Saudi Arabia, Tunisia’s foreign ministry said.

His downfall ignited similar uprisings against other authoritarian leaders across the Arab region, which led to the removal of Egypt’s Hosni Mubarak and Libya’s Moamer Kadhafi in the same year.

A career soldier, Ben Ali took power on November 7, 1987 when he toppled Habib Bourguiba, the ailing father of Tunisian independence who was by then reported to be senile.

“I needed to re-establish the rule of law,” Ben Ali told a French television channel in 1988. “The president was ill and his inner circle was harmful.”

He went on to make Tunisia a moderate voice in the Arab world while Western governments viewed him as an effective bulwark against Islamist extremism despite criticism of his slow move toward democracy.

He began his rule encouragingly, scrapping the title of “president for life” created by Bourguiba and limiting the number of presidential terms to three.

He launched a “solidarity” policy, creating a special fund for the underprivileged and a social security system, while pursuing the promotion of education and women’s rights.

But he consolidated his rule by muzzling the opposition, keeping strong control of the media and armed forces and eventually extending the number of terms he was allowed to serve under the constitution.

Ben Ali was born into a modest family in the east-central town of Hammam-Sousse on September 3, 1936 when Tunisia was still a French protectorate.

He studied at military academies in both France and the United States and was appointed minister for national security in 1985, moving up to the interior ministry the following year and the post of prime minister in 1987.

Ben Ali promised a move towards democracy when he became president, organising the country’s first multi-candidate presidential election in 1999 — and winning it with an official 99.44 percent of the vote.

In May 2002 he held a referendum to change the constitution so he could serve a fourth term. A second such change then allowed for an unlimited number of mandates.