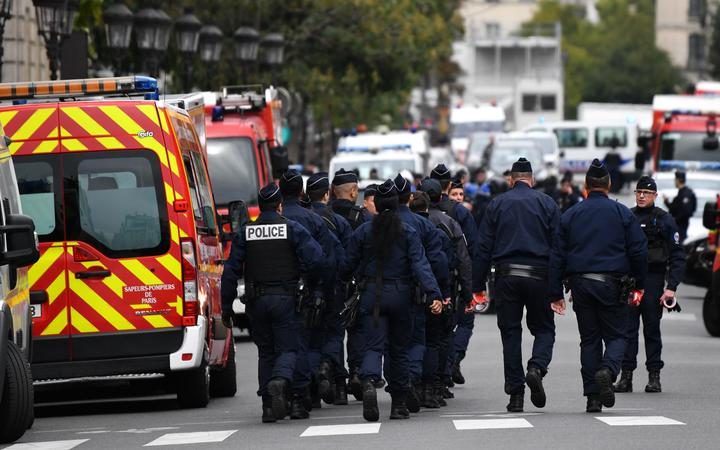 Anti-terror investigators have taken over the inquiry into the killing of four police employees by a colleague in Paris on Thursday.

A 45-year-old IT specialist killed three police officers and an administrative worker in a knife rampage at Paris police headquarters.

A motive is unclear, with a police union initially suggesting a workplace dispute was to blame.

The attacker, Mickaël Harpon, was shot dead by a junior police officer after he attacked colleagues in several offices at the central police building in Paris.

He converted to Islam 18 months ago, according to reports, and had recently stopped talking to female colleagues in the office. But a government spokeswoman said on Friday morning that there was no indication he had been radicalised before the attack.

Police investigators initially said there was no indication the attack was an act of terror but Paris police chief Didier Lallement later told reporters no theory was being ruled out.

Until now, the case had been handled by the city’s public prosecutor.

This changed on Friday evening when an official from the prosecutor’s office said that national anti-terror prosecutors had taken over the investigation “in the light of the evidence gathered by criminal investigators”.

Details of the new information uncovered have not been revealed.

But according to Reuters, quoting judicial sources, the move came about after several people close to the attacker, including his wife, were interrogated and his mobile phone analysed.