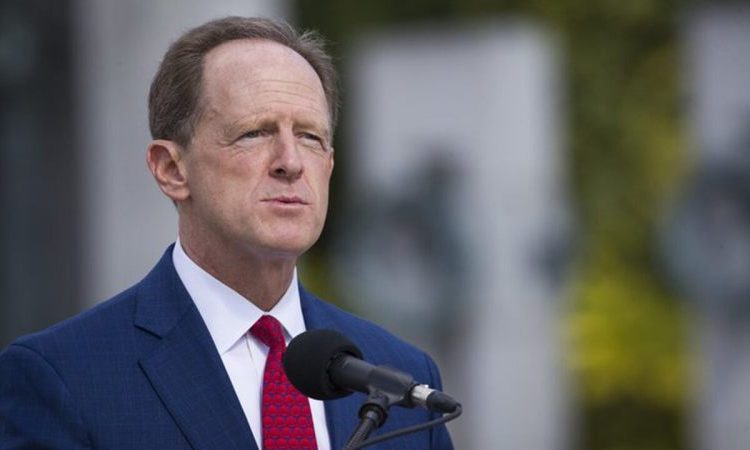 Sen. Pat Toomey called on President Trump to start cooperating with President-elect Joe Biden’s transition team, becoming one of the few sitting GOP lawmakers to do so.

“We’re on a path it looks likely Joe Biden is going to be the next president of the United States,” Toomey, R-Pa., said during an interview with Pittsburgh’s Action News 4. “It’s not 100% certain but it is quite likely. So I think a transition process ought to begin.”

Since Fox News and other media organizations projected that Biden would defeat the incumbent Trump in the presidential election, Trump has refused to concede. Instead, his campaign is pressing forward with a series of legal challenges against the voting results.

So far, the president’s GOP allies have stood by him.

On Monday, Senate Majority Leader Mitch McConnell, the top Republican in Congress, said that Trump is “within his rights” to challenge the outcome, and criticized Democrats for expecting the president to concede.

“President Trump is 100% within his rights to look into allegations of irregularities and weigh his legal options,” McConnell said. “Let’s not have any lectures about how the president should immediately, cheerfully accept preliminary election results from the same characters who just spent four years refusing to accept the validity of the last election.”

Because the General Services Administration administrator, Emily Murphy, has yet to sign a key document needed to begin the transition, the Biden team is hanging in limbo without access to federal money for salaries, consultants and travel. Biden’s team has indicated they’re considering legal action against the agency.

“And you know, if it turns out that the unlikely scenario actually comes about and it turns out President Trump is determined to have won this election after all, then the transition, of course, becomes moot, and it expires and it evaporates,” Toomey said. “But I think that’s not the likely outcome, so I think it should begin.”

Toomey, who’s poised to become chairman of the Senate Banking Committee if Republicans maintain control of the chamber, announced at the beginning of October that he intended to retire at the end of 2022 and does not intend to seek higher office.