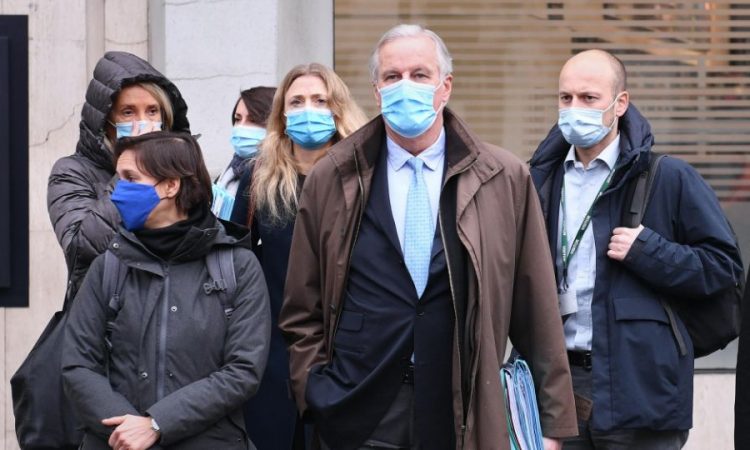 Talks to reach a post-Brexit trade deal have been paused, because UK and EU negotiators say “significant divergences” remain.

Michel Barnier and David Frost said conditions for a deal between the two sides have not been met.

If a deal is not agreed by 31 December, the two sides will trade on World Trade Organization rules, meaning the introduction of taxes on imports.

Releasing identical statements on Twitter, Mr Barnier and Lord Frost said: “After one week of intense negotiation in London, the two chief negotiators agreed today that the conditions for an agreement are not met, due to significant divergences on level playing field, governance and fisheries.

“On this basis, they agreed to pause the talks in order to brief their principals on the state of play of the negotiations.”

Mr Barnier is negotiating on behalf of the 27 EU member states and can only act within the mandate set by their leaders.

A senior UK government source told BBC News the statement shows how far apart both sides are and that the trade talks have run into problems.

Earlier, Boris Johnson’s spokesman said the government was “committed to working hard to try and reach agreement” but emphasised that the UK couldn’t “agree a deal that doesn’t allow us to take back control”.

He added that “time is in very short supply and we are at a very difficult point in talks”.

The Irish Prime Minister Micheál Martin said it was important for the 27 EU member states to give negotiators “the space to conclude these talks”. He added that he “fervently hoped” a trade deal can be agreed.

Meanwhile, France’s Europe minister, Clement Beaune, warned that his country could “veto” a deal if it did not satisfy their demands.

The European Parliament would need to ratify any deal before it can be implemented and UK MPs are likely to get the chance to vote on legislation implementing the agreement.