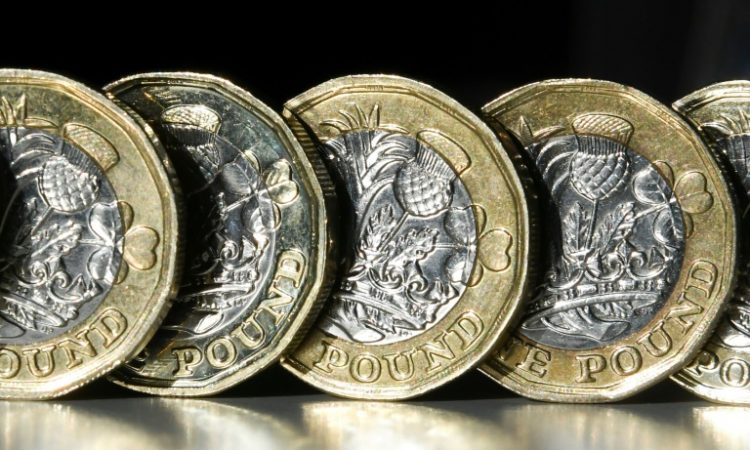 The British pound tumbled Tuesday to the lowest level against the dollar in almost three years, as the UK faces a possible general election amid Brexit turmoil.

Sterling struck $1.1959 around 0750 GMT, as British Prime Minister Boris Johnson faces a rebellion by his own lawmakers over his Brexit strategy that could result in an early general election next month.

It was the pound’s lowest level since October 2016, when sterling dived to a 31-year trough at $1.1841 in a so-called “flash crash” just a few months after Britain’s referendum vote in favour of leaving the European Union.

On October 7, 2016, the pound crashed 6.1 percent against the dollar to hit its lowest level since 1985 before quickly rebounding.

“Ignoring the flash crash, we are very much in uncharted waters here,” Neil Wilson, chief market analyst at Markets.com, said on Tuesday.

“We could feasibly see $1.15 or even $1.10 in the coming weeks if traders decide to move against the pound.”

By mid-afternoon in Europe, the pound had come off its early lows.

The fate of Brexit hung in the balance as the UK parliament prepared for an explosive showdown with Johnson that could end in a snap election.

Members of the prime minister’s own Conservative party are preparing to join opposition lawmakers in a vote to try to force a delay to Britain’s exit from the EU if Johnson cannot secure a divorce deal with Brussels in the next few weeks.

The UK leader insists that Britain will leave the EU with or without a deal on October 31.

Markets fear that a no-deal Brexit could be disastrous for the British economy, at least in the short term, and could plunge the country into recession.

While the pound’s weakness makes imports into Britain more expensive, for example oil which is traded in dollars, it cheapens exports.

However, a general election could see the main opposition Labour party win power, led by Jeremy Corbyn whose policies are widely regarded as being unfriendly towards business.

“It would appear sterling traders are in no mood to hang around for the result… in parliament,” Craig Erlam, senior market analyst at Oanda trading group, told AFP on Tuesday.

“Given all the confusion on what could follow, it seems there is no good near-term outcome. We either have an increased risk of no-deal, the possibility of a Corbyn government or more uncertainty.

“It would appear traders don’t view any of these options as being particularly favourable for the pound,” Erlam added.

Elsewhere on Tuesday, the China-US trade impasse was playing on equity markets.

While President Donald Trump has said negotiations between the world’s top two economies would take place soon, a report said they were having trouble agreeing a schedule for any meeting.

In commodities trading, oil prices extended losses on concerns about data showing a lift in output from OPEC and Russia, despite a pledge from them to reduce production.