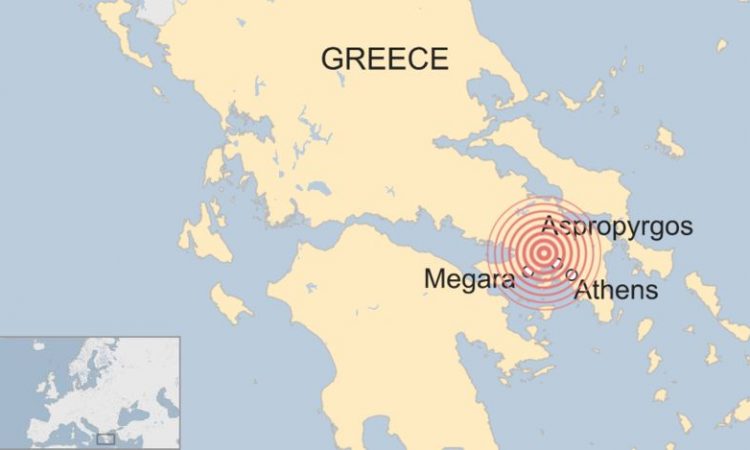 A strong earthquake has shaken the Greek capital of Athens, knocking out telecoms and power in parts of the city.

The earthquake was registered at 5.1 magnitude with an epicentre about 22km (14 miles) from Athens.

Witnesses said people ran out into the street and evacuated tall buildings during the shaking.

There are no immediate reports of serious damage or injuries but several aftershocks were felt.

According to local media, the earthquake was particularly felt in the centre of Athens. There were reports that the fire service rescued over a dozen people trapped in elevators, following the power outage.