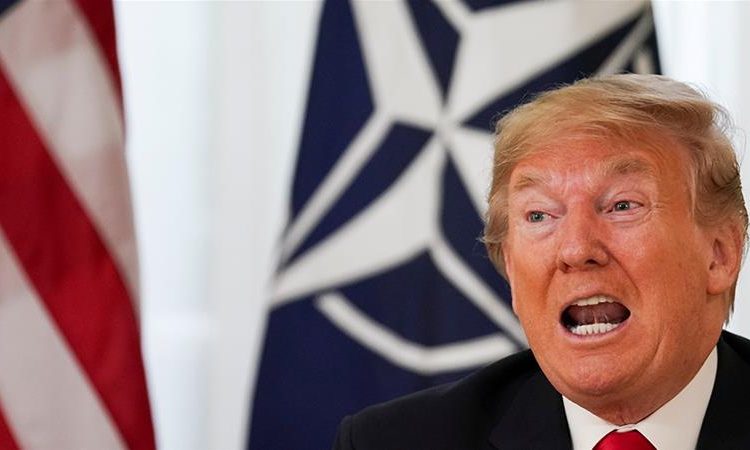 Evidence for impeaching US President Donald Trump for misconduct in office is “overwhelming”, according to the panel leading the impeachment inquiry.

The president placed personal political interests “above the national interests of the United States”, it states in a key report to House lawmakers.

He did so by trying to “solicit foreign interference” from Ukraine to help his 2020 re-election bid, it says.

The report is designed to lay out the case to remove Mr Trump from office.

He denies any wrongdoing, and has described the inquiry as a witch-hunt.

Before the draft report was released, the Republican president attacked the Democrat-led investigation as “very unpatriotic”.

Following publication, White House press secretary Stephanie Grisham said the Democrats “utterly failed to produce any evidence of wrongdoing” and that the report “reflects nothing more than their frustrations”.

The report now goes to the House Judiciary Committee, which will begin proceedings on Wednesday and consider formal impeachment charges against Mr Trump.

The Trump-Ukraine Impeachment Inquiry Report was made public on Tuesday by the House Permanent Select Committee on Intelligence.

It says the inquiry “uncovered a months-long effort by President Trump to use the powers of his office to solicit foreign interference on his behalf in the 2020 election”.

“President Trump’s scheme subverted US foreign policy toward Ukraine and undermined our national security in favour of two politically-motivated investigations that would help his presidential re-election campaign,” it says.

“The president demanded that the newly-elected Ukrainian President, Volodymyr Zelensky, publicly announce investigations into a political rival that he apparently feared the most, former Vice-President Joe Biden, and into a discredited theory that it was Ukraine, not Russia, that interfered in the 2016 presidential election.”

Evidence of misconduct is overwhelming “and so too is the evidence of his obstruction of Congress”, the report says.

The intelligence committee voted 13 to 9, along party lines, on Tuesday to approve the report and send it to the House Judiciary Committee.

The judiciary panel’s hearings will begin with four constitutional scholars, who will explain how impeachment works. The White House has refused to participate in the hearings, citing a lack of “fairness”.

Among formal impeachment charges expected to be considered are abuse of power, obstruction of justice and contempt of Congress.

Democrats are keen to hold a vote on impeachment in the House of Representatives before the end of the year, with the prospect of a trial in the Senate perhaps as early as January.
BBC