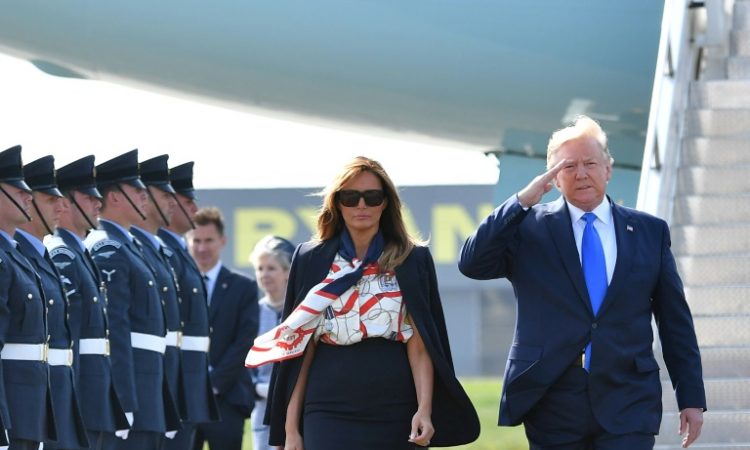 President Donald Trump kicked off a state visit to Britain Monday by branding London’s mayor a “loser” before heading for lunch with Queen Elizabeth II, following delicate comments about Brexit.

Trump’s plane had not even touched down when he tweeted that Sadiq Khan, who has been highly critical of the red-carpet welcome laid on for Trump, had done a “terrible job” running London.

The president called the mayor a “stone cold loser”, adding: “Kahn reminds me very much of our very dumb and incompetent Mayor of NYC, (Bill) de Blasio, who has also done a terrible job – only half his height.

“In any event, I look forward to being a great friend to the United Kingdom,” he added.

Queen Elizabeth II was scheduled to welcome Trump and his wife Melania to Buckingham Palace later Monday, where they will be treated to a guard of honour, a private lunch and a glittering banquet.

But beneath the pomp and ceremony, Britain is in turmoil with Prime Minister Theresa May due to step down within weeks over her handling of her country’s exit from the European Union.

Trump weighed in on the divisive issue of Brexit, declaring before he arrived that Britain’s former foreign minister Boris Johnson would make an “excellent” choice to succeed May.

In a round of British newspaper interviews, he also recommended her successor walk away from talks with Brussels, refuse to pay Britain’s agreed divorce bill and leave the EU with no deal.

The UK-US “special relationship” was already under strain over different approaches to Iran, the use of Chinese technology in 5G networks, climate change, and Trump’s personal politics.

Labour’s Khan has led opposition to the three-day visit, writing a newspaper article on Sunday in which he compared the US leader to European dictators from the 1930s and 1940s.