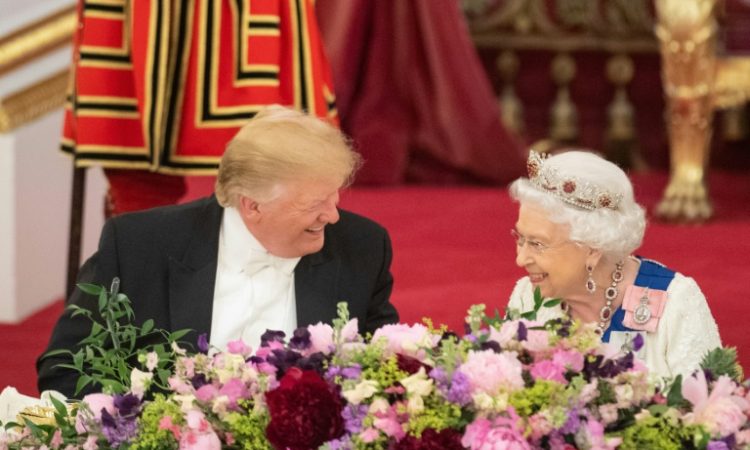 President Donald Trump has hailed Queen Elizabeth II as a “great, great woman”, the British monarch threw a lavish banquet for the US president on Monday to kick off his three-day state visit.

The Trump dynasty sat down to a glittering dinner with the British royal family in the Buckingham Palace ballroom as the UK rolled out the red carpet.
Both Trump and the 93-year-old sovereign praised the common bond between Britain and the United States.

But the warmth was not shared all round, with mass protests planned for Tuesday, opposition political figures boycotting the banquet and the trip starting with a spat between Trump and London Mayor Sadiq Khan.

Trump’s visit is centred on the 75th anniversary of D-Day and the liberation of Europe in World War II.