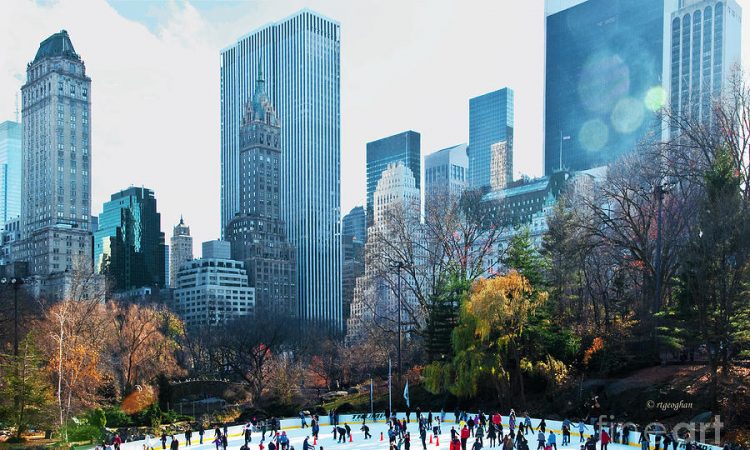 The Wollman Rink, the most famous of the two, has just opened for the winter, but without the president’s name plastered over it for the first time in decades.

“Unsolicited, the Trump Organization notified us in late August that they planned to change the on-rink branding,” a spokeswoman for the city’s parks department said in a statement.

Trump was a New York businessman on the rise when his company took over the management of the rinks from the city in the 1980s.

Wollman, built in 1950, is in the south of the park while Lasker Rink, built in 1966, is situated at the northern end.

Wollman had been closed for years before Trump finished a long-delayed redevelopment project and reopened it to the public.

He has regularly cited that as evidence of his entrepreneurial skills.

“Remember the Wollman Rink in Central Park? They couldn’t do it, I knocked it up in four months,” he told a rally in Iowa ahead of his election in 2016.

In January 2018, while talking about building a wall on the Mexican border, Trump said the rink proved he builds “under budget” and “ahead of schedule.”

The Trump Organization, which still runs the rinks, did not respond when AFP sought comment asking why his name has been taken down from the facilities.

Trump’s name continues to adorn several skyscrapers in New York but has been removed from some residential buildings, by residents who disagree with his politics or some who felt his name now devalues their apartment.

With the licenses to run the rinks up for renewal in 2021, it is possible the Trump Organization wanted to avoid any criticism that could see it lose the contracts.

Trump has repeatedly been criticized over his business interests since entering the White House.

This month he reversed a decision to hold the next G7 summit at one of his Florida golf clubs after his initial announcement sparked corruption allegations.