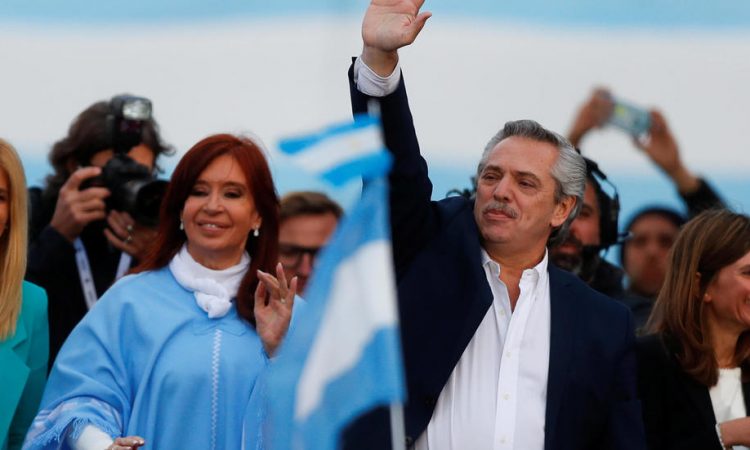 Voters head to the polls in Argentina on Sunday after an election campaign dominated by the economy with center-left Peronist candidate Alberto Fernandez favored to oust market-friendly President Mauricio Macri.

Opinion polls point to a crushing victory for the 60-year-old Fernandez, whose running mate is ex-president Cristina Kirchner.

Some put his lead at almost 20 points, which would be enough to win the presidency outright in the first round.

“I’m looking forward to Monday, Fernandez and Cristina are coming back,” said Sergio Esteves, a flower-seller in central Buenos Aires.

The likely return to power of protectionist Peronists comes amid a lengthy recession and a debt crunch, raising market fears of a possible default on a $57 billion IMF loan.

The peso fell 5.86 percent in the week before the elections, and the week ended with 65 pesos worth one dollar.

Fernandez has insisted his government would not default, but rather seek to renegotiate the terms of the loan, and sought to reassure voters that their bank deposits would be safe under his administration.

Martin, a 50-year-old filmmaker, said Friday he did not believe Fernandez.

He was carrying a suitcase full of cash and intended to buy $3,000 at a busy foreign currency exchange in Buenos Aires.

“It’s the same old story. My parents lost everything in the corralito. I don’t want it to happen to me,” he said, referring to the 2001 default crisis when people were blocked from withdrawing their money.

Since Fernandez’s crushing victory in August primaries, which made him the hot-favorite for the presidency, Argentine savers have withdrawn around $12 billion from their accounts.

Whoever wins must reach a consensus to navigate a polarized Argentina out of the crisis.

“My take is that what we will see is a period where a lot of questions are going to be asked and we’re going to see how politically able Fernandez is going to be to handle those questions,” she told AFP.

Beyond showing his determination to bring about change, Fernandez has given scant details of how he intends to do so.

In primaries held in August, Fernandez garnered 49.5 percent of the vote compared to only 33 percent for Macri, whose nearly four years in power have been marked by economic woes.