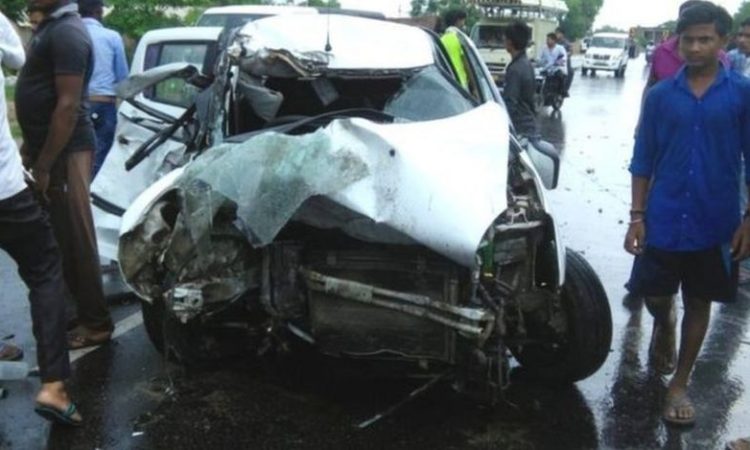 A teenager who accused a ruling party lawmaker of rape in 2017 has been seriously injured in a road accident in India’s northern Uttar Pradesh state.

The 19-year-old was travelling with her lawyer and two relatives when their car was hit by a lorry on a state highway.

The two female relatives of the girl have died and her lawyer is also in hospital with serious injuries.

The girl’s mother has alleged foul play, saying that the collision was not an accident and demanding justice.

Bharatiya Janata Party (BJP) lawmaker Kuldeep Singh Sengar has been in custody for more than a year over the alleged rape, which he denies.

He has been charged under India’s stringent child protection laws since the teenager was a minor at the time of the alleged assault.

Local police officer Rakesh Singh told BBC Hindi that the truck driver and owner of the vehicle have been arrested and taken in for questioning. Reports say the vehicle’s registration plate was smeared with black paint.