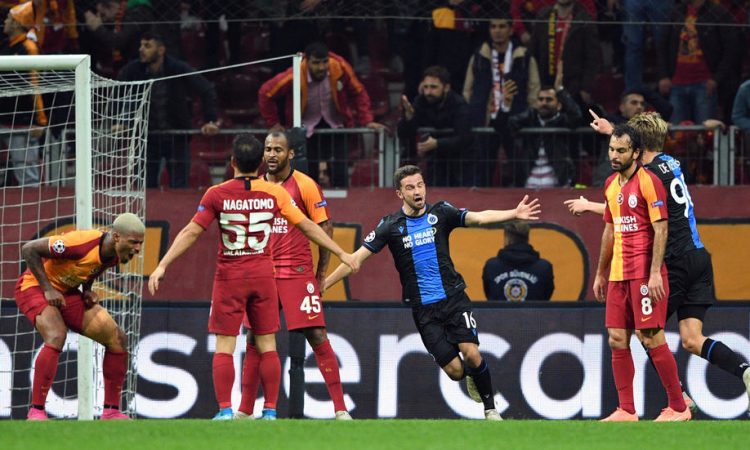 Real Madrid qualified for the last 16 of the Champions League before taking to the field on Tuesday after Group A rivals Club Brugge drew 1-1 with Galatasaray in Istanbul.

The Belgian side needed to win in their early kick-off in Turkey to maintain any chance of qualifying ahead of Madrid, but they were on the back foot after Adem Buyuk gave Galatasaray an early lead.

The visitors did equalise in the second minute of added time via a fine individual effort by Krepin Diatta, but the draw still suited the 13-time European champions, with Brugge five points behind them while having just one game left to play.

Brugge finished the game with nine men, with Diatta shown a second yellow card after removing his shirt to celebrate the equaliser and Clinton Mata also being cautioned a second time after kicking down a corner flag in wild celebration.

Those celebrations were understandable, as the draw ensured that the Belgians stayed ahead of Galatasaray with one game remaining in the battle to finish third in the group and parachute into the knockout phase of the Europa League.

Real were hosting Paris Saint-Germain later at 2000 GMT at the Santiago Bernabeu needing to win to maintain a chance of beating the French side to top spot and thereby ensuring, in theory, an easier draw in the last 16.

In the other early kick-off on Tuesday, Bayer Leverkusen kept alive their chances of reaching the last 16 thanks to a 2-0 win away to Lokomotiv Moscow in Russia.

An unfortunate Rifat Zhemaletdinov own goal in the first half and then a fine Sven Bender volley in the 54th minute gave Leverkusen the victory.

The Bundesliga side are now just a point behind Atletico Madrid in Group D, but the Spaniards can seal qualification for the last 16 with a game to spare if they defeat Juventus in Turin later on Tuesday.

Juventus have already qualified but a win will allow them to guarantee progress as group winners.