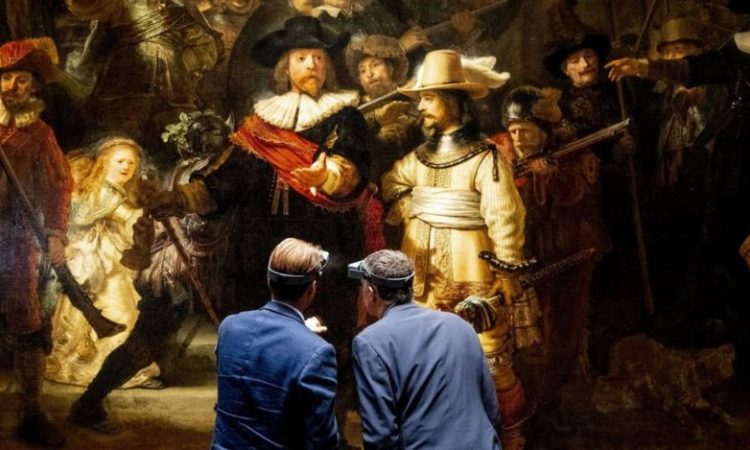 An Amsterdam museum has begun the biggest ever restoration of Rembrandt’s famous painting The Night Watch and is inviting people to watch live.

The masterpiece, created in 1642, has been placed inside a specially designed glass chamber so that it can still be viewed while being restored.

The celebrated painting was last restored more than 40 years ago after it was slashed with a knife.

The Night Watch is considered Rembrandt’s most ambitious work. It was commissioned by the mayor and leader of the civic guard of Amsterdam, Frans Banninck Cocq, who wanted a group portrait of his militia company.

But experts at Amsterdam’s Rijksmuseum are concerned that aspects of the masterpiece are changing, pointing as an example to the blanching of the figure of a small dog. The museum said the multi-million euro research and restoration project under way would help staff gain a better understanding of the painting’s condition.