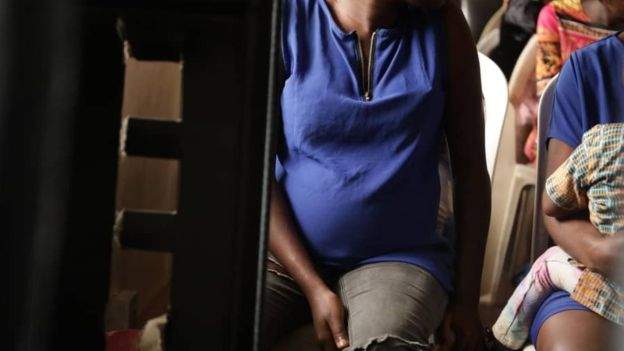 The mothers and babies imprisoned in a “baby factory” in Nigeria’s main city Lagos are now in a shelter receiving social and medical support, Julie Okah-Donli, the Director General of Nigeria’s National Agency for the Prohibition of Trafficking in Persons (Naptip) has told the BBC.

She said they were being rehabilitated before they return to their families.

The women were aged between 15 and 28, but the majority were teenagers, a Lagos state police spokesman told Reuters news agency.

They came from all over Nigeria, and were held in a house – described by police as a “baby factory” – for different reasons, Julie Oka-Donli explained.

Traffickers took advantage of some who were scared of telling their parents they were pregnant, said Ms Oka-Donli.

Others were abducted or lured by the promise of employment.

One woman told Reuters she was pregnant by her boyfriend when her aunt told her there was a job for her in Lagos.

Instead, her labour was induced when she was seven months pregnant and the baby died shortly after, the woman said.

Earlier, police said most of the women had been abducted “for the purpose of getting them pregnant and selling the babies”.