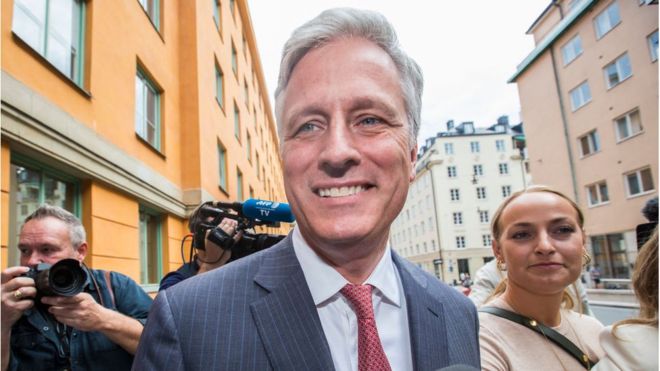 US President Donald Trump has named a new national security adviser to replace John Bolton, who was fired last week.

Robert O’Brien, who has been serving as the special envoy for hostage affairs at the Department of State, has been chosen for the role.

Mr O’Brien would be Mr Trump’s fourth national security adviser of his presidency.

He previously served under the George W Bush and Barack Obama administrations.

The role does not require confirmation by Congress.

Mr O’Brien served as a major in the US Army Reserve. Former President Bush appointed him in 2005 to serve as a representative to the UN general assembly.

While at the UN, he worked with Mr Bolton, who was then the ambassador.

“I have worked long & hard with Robert. He will do a great job!” Mr Trump said in his tweet announcing Mr O’Brien’s selection.

He follows Mr Bolton, HR McMaster and Michael Flynn in the role.

In his role as special presidential envoy for hostage affairs, Mr O’Brien works with families of US hostages and advises on related issues, including recovery policies.