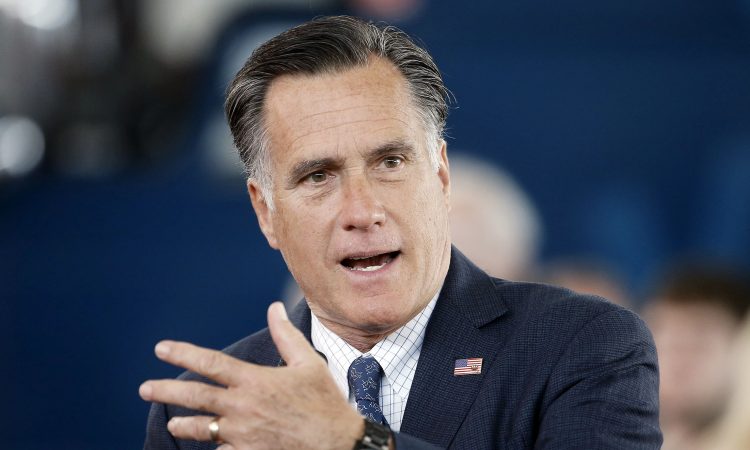 Republican Senator Mitt Romney, a frequent critic of Donald Trump, said Friday it was “wrong and appalling” for the president to urge China and Ukraine to launch investigations of a chief political rival, Joe Biden.

“By all appearances, the President’s brazen and unprecedented appeal to China and to Ukraine to investigate Joe Biden is wrong and appalling,” tweeted Romney, the Republican presidential nominee in 2012 and currently the party’s most open critic of Trump.

“When the only American citizen President Trump singles out for China’s investigation is his political opponent in the midst of the Democratic nomination process, it strains credulity to suggest that it is anything other than politically motivated,” he added.

On Thursday, Trump openly called on China as well as Ukraine to investigate Biden — his potential Democratic opponent in the 2020 presidential election.

Trump’s audacious comments drew outrage from Democrats, who accused him of abusing his power in plain sight.

Republicans have largely hunkered down, by either offering direct defenses of the president or not commenting on the weeks-old Ukraine scandal that has prompted Democrats to launch a formal impeachment probe against Trump.

There have been few voices of criticism from within Republican ranks, although some small cracks have emerged.

Earlier this week, Chuck Grassley, the powerful chairman of the Senate Judiciary Committee, broke with Trump to defend an intelligence community whistleblower who filed a complaint about Trump.

And congressman Adam Kinzinger blasted as “beyond repugnant” Trump’s suggestion that impeachment could lead to a new civil war.

Romney’s opprobrium is the most serious condemnation yet to emerge from within the party against Trump openly soliciting political help from China and Ukraine.

A majority of members of the Democratic-controlled House of Representatives support the ongoing impeachment inquiry.

Should the House eventually vote to impeach Trump, his case would head to a trial in the Senate, where Republicans hold sway.

Conviction of Trump would require a two-thirds majority, meaning at least 20 Republicans in the 100-member chamber would need to abandon the president.