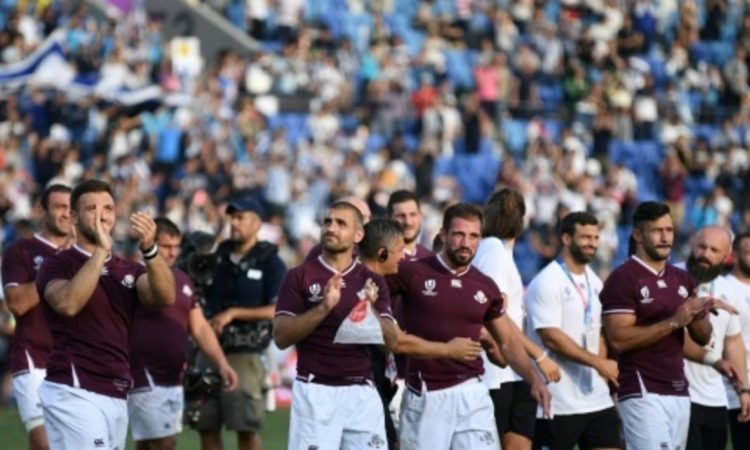 World Rugby organisers have apologised to Georgia after head coach Milton Haig slammed them for playing a Russian song after his side’s 33-7 victory over Uruguay.

“We want to make it clear that Russia is not Georgia,” the New Zealander fumed after Sunday’s Pool D game in Kumagaya.

The gaffe was particularly embarrassing given the tense relations between the two countries.

Georgia fought and lost a short war with Russia in 2008, prompting the countries to sever diplomatic ties. Russia has since recognised the independence of two breakaway Georgian regions, where it now has troops stationed.

As Georgia’s players celebrated a bonus-point win that lifted them to third in their pool behind Wales and Australia, they were stunned by the faux pas.

“So World Rugby, please make sure you get these sorts of things ironed out for us.”

“I want to take this moment to ask the person who played the Russian music, next time don’t make the mistake again please,” he said.

A World Rugby spokesperson offered “sincere apologies to our friends from Georgia for any embarrassment caused.”

“We have discussed the matter with the organising committee to ensure no such issues occur moving forward.”

The Rugby World Cup’s culturally insensitive blunder is not the first seen at a major sporting event by any means.

At the 2012 London Olympics, the South Korea flag was displayed before the North Korea women’s footballers played a match and the players stormed off before it was corrected.

And at the 2014 FIFA World Cup in Brazil, Nigeria’s flag somehow got replaced by the Republic of Niger’s — and astonishingly the same error befell unlucky Nigeria at the 2016 Rio Olympics.

But surely few can match the toe-curling gaffe that stunned onlookers at a shooting championships in Kuwait in 2012 when a spoof national anthem from the movie “Borat” was used for Kazakhstan’s team at the medal ceremony.