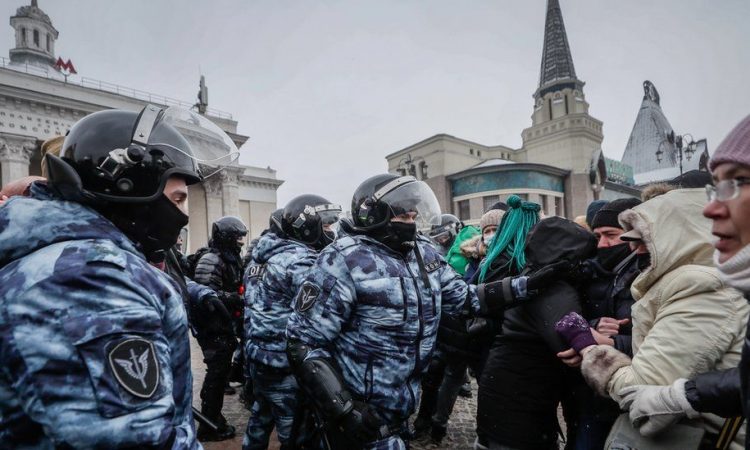 Russia has expelled three diplomats from Germany, Sweden and Poland for joining protests in support of opposition activist Alexei Navalny, who was jailed earlier this week.

The diplomats’ home countries have condemned the expulsions, as have the UK, France and the EU.

Hundreds of thousands of people took part in protests in support of Mr Navalny across Russia on 23 and 31 January. Thousands were arrested.

Germany denounced the expulsion as being “in no way justified” and said it would not “go unanswered” if Russia did not reconsider.

Sweden said the claim that its diplomat took part in the protest on 23 January was unfounded and said it reserved the right to an appropriate response.

Poland said the expulsion could lead to the “further deepening of the crisis in bilateral relations”.

Mr Borrell, on behalf of the EU, said he “strongly condemned this decision and rejected the allegations that they conducted activities incompatible with their status as foreign diplomats”.

However, Mr Lavrov said any European sanctions over Mr Navalny’s treatment would be illegitimate.

Both Germany and Poland said they had summoned their respective Russian ambassadors to express concern over the expulsions – a move that could possibly lead to tit-for-tat measures and more diplomats being sent home.