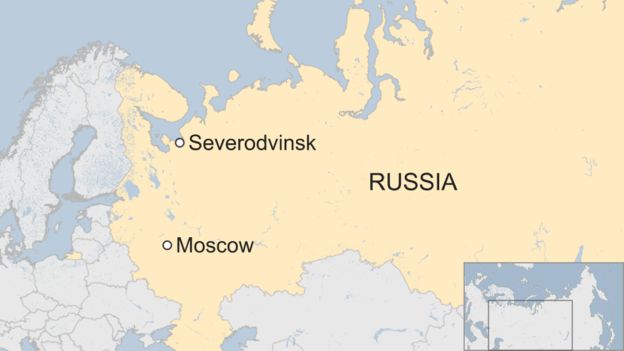 Rostacom said the accident occurred during tests on a liquid propellant rocket engine.

Authorities had previously said that two people died and six were injured in the blast at the site in Nyonoksa.

The company told Russian media that its engineering and technical team had been working on the “isotope power source” for the propulsion system.

The Nyonoksa site carries out tests for virtually every missile system used by the Russian navy, including sea-launched intercontinental ballistic missiles, cruise missiles and anti-aircraft missiles.

Authorities in Severodvink, 47km (29 miles) east of Nyonska said that radiation levels shortly after the blast were higher than normal for about 40 minutes but returned to normal.

It also said medics who evacuated the injured at Nyonoksa wore chemical and nuclear protection suits.

There was a rush on iodine stocks during the 1986 Chernobyl nuclear disaster in Ukraine, which sent a huge plume of radiation across Europe.