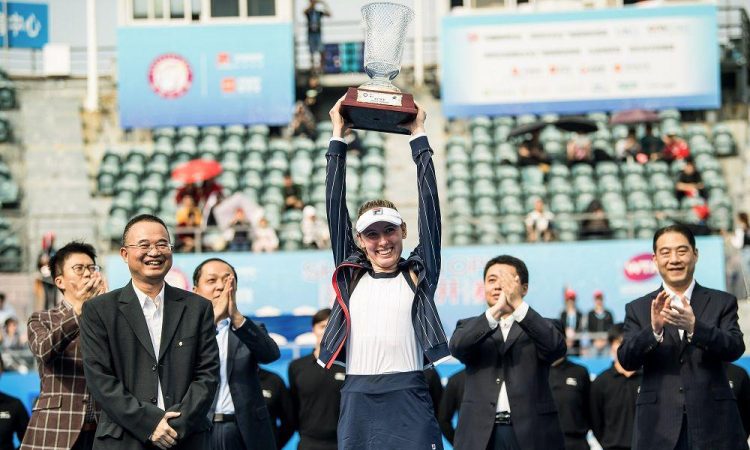 Ekaterina Alexandrova won her first WTA singles title after the in-form Russian defeated Elena Rybakina in straight sets in the final of the Shenzhen Open on Saturday.

The fifth seed won 6-2, 6-4 in 73 minutes to begin her season and her Australian Open preparations with a bang.

The 25-year-old Alexandrova, ranked a career-high 34th in the world, collapsed to her knees after dismissing Rybakina, the seventh seed from Kazakhstan.

“I didn’t expect the first set to be so easy so I knew the second set would be so much tougher,” said Alexandrova, who is poised for the top 30 in the world.

“In the second set I think she played well but after I got the break to make it 4-4, she got a bit nervous.

“It feels amazing to win my first title, I don’t know what to say.

“The first title is always special.”

Alexandrova, who triumphed in a WTA 125K event in Limoges, France last month, defeated former world number one Garbine Muguruza in the semi-finals in southern China.