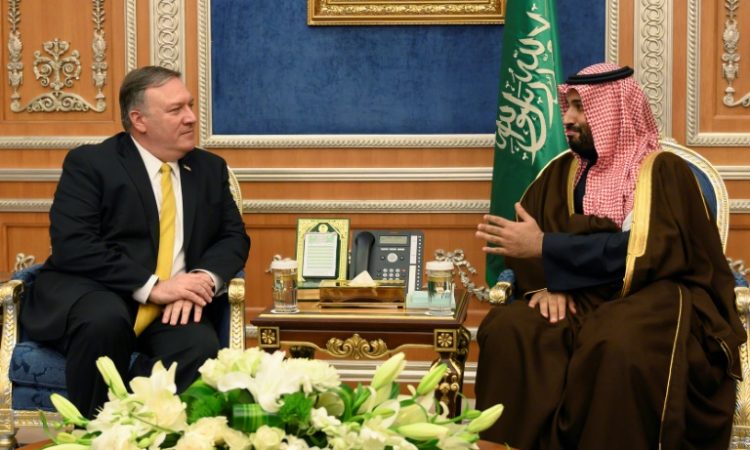 Saudi Arabia said it will unveil evidence on Wednesday linking regional foe Iran to attacks on key oil installations, as US Secretary of State Mike Pompeo heads to the kingdom to discuss possible retaliation.

Riyadh, which is bogged down in a five-year war against Tehran-aligned rebels in neighbouring Yemen, has said that the weapons used in the strikes were Iranian-made, but has so far not directly blamed its arch rival.

However, the Saudi defence ministry said its spokesman would present evidence from the site of the weekend attacks that halved Saudi oil production, sending global energy markets into a tailspin.

He “will announce the final results of the investigation and present material evidence and Iranian weapons proving the Iranian regime’s involvement in the terrorist attack,” the ministry said.

Crown Prince Mohammed bin Salman, the de facto ruler, on Wednesday said the attack on the heart of the kingdom’s oil industry was a “real test” of global will, while urging the international community to take a “firm stance”, state media reported.

Late Tuesday, Energy Minister Prince Abdulaziz bin Salman said international investigators, including from the UN, were joining the probe, having announced that output would return to normal by the end of the month.

The kingdom wants “proof based on professionalism and internationally recognised standards,” he said.

The Saudis will present the evidence ahead of Pompeo’s arrival.

The US chief diplomat is set to meet with Prince Mohammed to discuss how to respond to the strikes, which the US says originated in Iran.

“As the president said, we don’t want war with anybody, but the United States is prepared,” Vice President Mike Pence said in a speech in Washington on Tuesday.

A US official, speaking on condition of anonymity, told AFP that the administration has concluded that the attack involved cruise missiles from Iran and that evidence would be presented at the UN General Assembly next week.