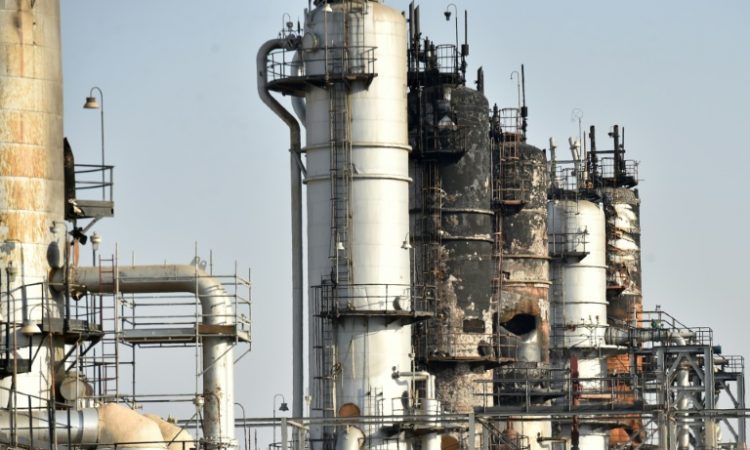 Saudi Arabia vowed Friday to quickly restore oil production as it revealed extensive damage to key oil plants following weekend aerial strikes, which the US has blamed on Iran.

The attacks, which hit state-controlled oil giant Saudi Aramco’s facilities in the country’s east at Khurais and the world’s largest oil processing facility at Abqaiq, were claimed by Yemen’s Huthi rebels.

But Washington has pointed the finger at Tehran, condemning an “act of war” which knocked out half of Saudi’s oil production and on Friday prompted President Donald Trump to sketch out the latest in a series of economic sanctions against Iran.

“Many critical areas of the (Abqaiq) plant were hit,” an Aramco official said, declining to be named.

A stabilisation column, normally silver, had been charred black with a gaping hole blown in the shaft’s base.

A separator plant was also badly damaged in the raids and was surrounded by scaffolding.

The site visits to both Khurais and Abqaiq gave rare access to the nerve centre of the world’s largest oil producer, with Aramco flying in journalists to show the extent of damage and the ongoing clean-up.

“We will have production at the same level as before the strike by the end of this month — we are coming back stronger,” asserted Fahad al-Abdulkareem, an Aramco general manager, during the visit to Khurais.

Badly warped thick metal piping — peppered with shrapnel during the aerial strikes — lay strewn around the area of the Khurais attack.

But Abdulkareem said that 30 percent of the Khurais plant was operational within 24 hours of the initial strikes.

Industry analyst Alex Schindelar, president of the Energy Intelligence group, said that “restoring sustainable production capacity to 11 million barrels per day by the end of the month is an ambitious target, given the amount of repairs required”.

Tehran has denied responsibility for the attacks against the heart of Saudi’s all-important oil industry, raising the spectre of “all-out war” in the event of retaliatory measures by Washington or Riyadh.

The rhetoric has raised the risk of an unpredictable escalation in a tinderbox region where Saudi Arabia and Iran are locked in a decades-old struggle for dominance.

US Secretary of State Mike Pompeo said Thursday there was “enormous consensus in the region” that Iran executed the attacks, despite its denials and the Yemeni rebels’ claims they were responsible.

The Huthi rebels are backed by Iran in Yemen’s conflict, while a Saudi-led coalition supports the internationally recognised government.