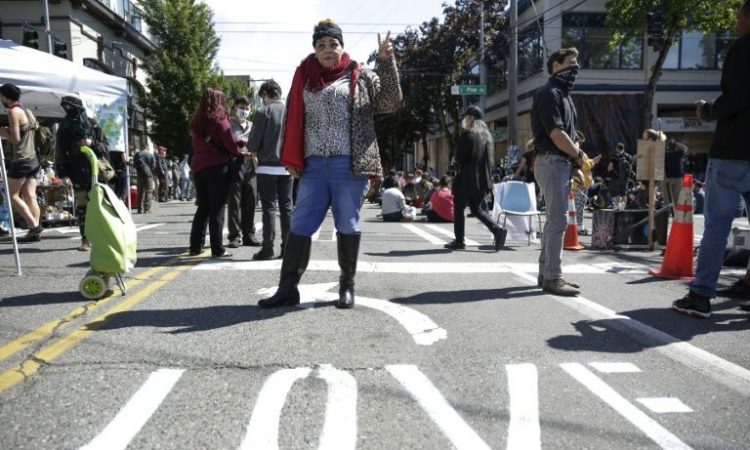 Seattle’s mayor told Donald Trump to “Go back to your bunker” Thursday, escalating a spat after the president threatened to intervene over a police-free autonomous zone protesters have set up in the western US city.

The reference to a “bunker” was a nod to reports Trump was rushed by Secret Service agents to a secure area in the White House as demonstrations against racism and police brutality sparked by the death of George Floyd reached the president’s residence.

Trump sparked the spat when he threatened to intervene in the neighborhood in Seattle dubbed “Capitol Hill Autonomous Zone,” or CHAZ, which was agreed upon by demonstrators and the city’s police department.

“Take back your city NOW. If you don’t do it, I will,” Trump warned mayor Jenny Durkan and Washington state governor Jay Inslee — both Democrats — in a tweet late Wednesday, calling the protesters “domestic terrorists” who have taken over Seattle.

“This is not a game. These ugly Anarchists must be stooped (sic) IMMEDIATELY. MOVE FAST,” he continued in another tweet.

Mayor Jenny Durkan replied, urging Trump to “make us all safe. Go back to your bunker”, with Inslee joining in the Twitter mockery of Trump.

“A man who is totally incapable of governing should stay out of Washington state’s business. ‘Stoop’ tweeting,” Inslee wrote.

Protests have taken place across the country following the death of Floyd, an unarmed black man killed in police custody in Minneapolis on May 25.

Officials in Seattle have denied reports that left-wing activists are behind the setting up of the autonomous zone.

In the CHAZ area Thursday there were tents with supplies for volunteer medics as well as free gourmet food donated by local restaurants, along with fruit, snacks, and water bottles for the taking.

The sunny afternoon gathering had a relaxed air, with people of all ages, including mothers with children, milling around the car-free streets.

At one point a crowd locked arms and prevented two police officers from reaching a boarded up police station in the area. The officers failed to break in when they tried to enter through a different road.

“The scene here is peaceful as hell,” said a demonstrator who identified herself as Jahtia B.

She wondered aloud what Trump meant by tweeting ‘take back the city.’

“This is our city. I was born and raised in this damn city. Let’s give it to the people, the people who live in Seattle and have been thriving here,” she told AFP.

An African-American demonstrator, Rich Brown, said he was scared on Sunday when police used tear gas and flash bang grenades in an attempt to clear the area.

“Today I feel supported, welcomed,” he said. “We’re able to speak, it’s what we’ve been wanting to do this whole time, without intimidation, without fear.”