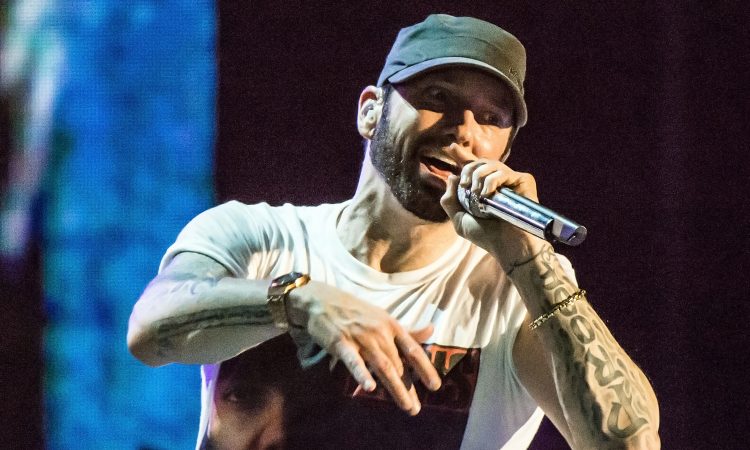 Eminem was questioned by the US Secret Service over “threatening lyrics” towards Ivanka Trump.

Records obtained by Buzzfeed News show that the rapper was visited by agents over his 2017 song Framed.

In the track, Eminem questions why the daughter of US President Donald Trump was in the boot of his car, continuing the “dumb little blonde girl” was “dumped in the pond”.

The case was not taken any further after the rapper was interviewed.

According to the records, the case was opened after “a concerned citizen” reported the song to the agency.

“I want to know if your agency is investigating Eminem for his threatening lyrics about First Daughter Ivanka Trump,” the email asked.

The Secret Service then started looking into the background of the rapper, real name Marshall Mathers. The documents note his nickname, Slim Shady.

Agents contacted him through his lawyers in late 2017 and the interview took place in January 2018.

During the interview, agents recounted lyrics to a separate anti-Trump freestyle Eminem delivered for an awards show.

“Mathers was familiar the song and began rapping along with the interviewers as the verse was read,” according to the documents.

The interview was raised two days later at a Secret Service meeting, the documents say, “and it was determined that this case will be NON-REFERRED” to a federal prosecutor.