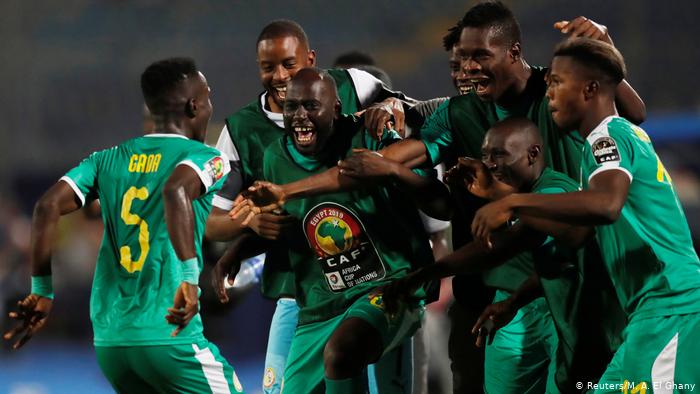 Senegal reached the Africa Cup of Nations final for the second time with a Dylan Bronn own goal giving them a 1-0 win over Tunisia on Sunday in a tense last-four clash in Cairo.

With 11 minutes gone in extra time, goalkeeper Mouez Hassen pushed a free-kick against the head of Bronn and the ball went backwards into the net.

Tunisia thought they would have a chance to equalise when Idrissa Gueye handled in the box, but the Ethiopian referee reversed his original decision to award a penalty after watching replays at the VAR monitor.

Both teams missed penalties in regular time with Ferjani Sassi the Tunisian culprit before Henri Saivet failed for the Senegalese.

Liverpool star Sadio Mane began the tournament as the first-choice Senegal penalty taker but, after missing two, opted out before the quarter-finals.

Senegal will miss star defender Kalidou Koulibaly for the final against Algeria or Nigeria, who meet in Cairo later Sunday, after he was yellow-carded.

It was the second caution of the knockout phase for the Napoli centre-back and triggered an automatic one-match suspension.

Senegal last reached the title decider 17 years ago, when current coach Aliou Cisse captained a team beaten on penalties by Cameroon in Mali.

“I congratulate (Tunisia and former Senegal coach) Alain Giresse because he left me a good group. He did a good job in Senegal,” said Cisse.

“The match was incredible because of the uncertainty — it will remain in the annals of African football.”

French football legend Giresse said: “We were equal to Senegal and had opportunities, but did not know how to transform them.

“I am the number one supporter of Aliou Cisse. He will become a coach who will surpass what he achieved as a player. He will win the Cup of Nations.”