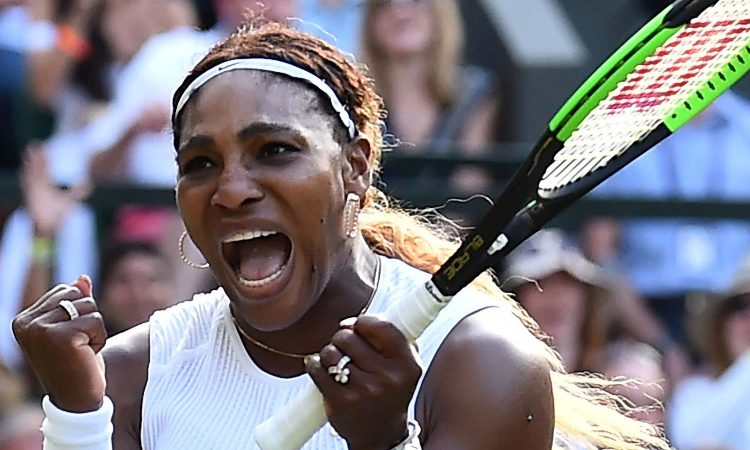 Seven-time champion Serena Williams reached the fourth round at Wimbledon for the 16th time on Saturday before joking she feared “performance anxiety” when she teams with Andy Murray in mixed doubles.

The 37-year-old American defeated Germany’s Julia Goerges 6-3, 6-4 and goes on to face Spain’s Carla Suarez Navarro for a place in the quarter-finals.

Before that, however, she will play mixed with Murray later Saturday against Andreas Mies and Alexa Guarachi.

“I feel like I have a little bit of performance anxiety,” said Williams as she prepares to partner the Briton for the first time.

“It’s such a buzz going around about me and Andy now, that I’ve got nervous

“I wanted to play mixed because I’ve only played just about 15 matches so far this year.”

It was her fifth win in five meetings with Goerges and just her second victory over a top 20 player in 2019.

“It’s been an arduous year for me, so every match I’m hoping to improve tons. Every time I get out there, I try,” added Williams.