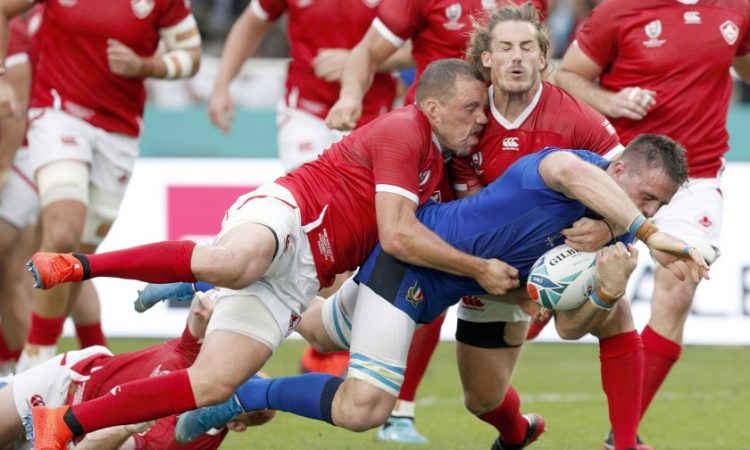 Italy ran amok against Canada to bag their second bonus-point win in as many games with a 48-7 Rugby World Cup victory Thursday and vowed to celebrate with an “old-school night”.

It was not a perfect performance as Italy slipped at times from flair and finesse to sloppy, but they did enough to dominate seven tries to one in what was their biggest margin of victory at the World Cup.

With Italy seeking a first World Cup quarter-final berth, their maximum points from two matches sent a message to heavyweights South Africa not to underestimate them.

The Springboks, who lost their opener against New Zealand, paid a high price when they were guilty of taking Japan lightly at the last World Cup and cannot afford to do the same again when they meet Italy in Shizuoka in eight days.

Coach Conor O’Shea revealed he had promised his team an “old-school night” after only a four-day turnaround between games, which he said was “tough for any team, mentally as well as physically”.

“You have to be pretty happy. I thought we started the game really well and that’s where we imposed ourselves,” said O’Shea.

Italy, still with the All Blacks to play as well as South Africa, showed their depth by making 10 changes to the starting XV when they beat Namibia and were still too strong for the Canadians.

A day after Uruguay’s shock win over Fiji, Canada started with hopes of achieving a similar upset.

The mostly neutral crowd in Fukuoka also gave their support to the Canadians in the 22,000-seat stadium, but it was the vastly rearranged Italian side with the superior forward pack who controlled most of the game.