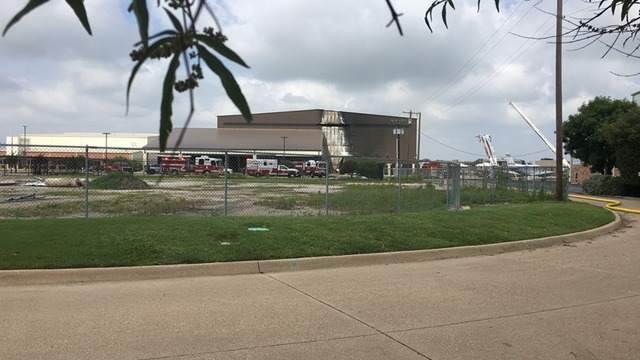 Ten people are dead after a small, twin-engine airplane was destroyed in a fiery crash, according to news reports.

The Beechcraft BE-350 King Air struck an unoccupied hangar at the Dallas-area Addison Airport soon after 9 a.m., the Federal Aviation Administration said in a statement.

The plane crashed during takeoff and the resulting fire was quickly extinguished, according to Edward Martelle, a spokesman for the town immediately north of Dallas. He said authorities do not yet have a flight manifest and cannot release any information on the identities of those aboard.

FAA investigators were at the crash site Sunday afternoon and the National Transportation Safety Board is sending a crew to the scene. The plane’s tail number has not yet been released.