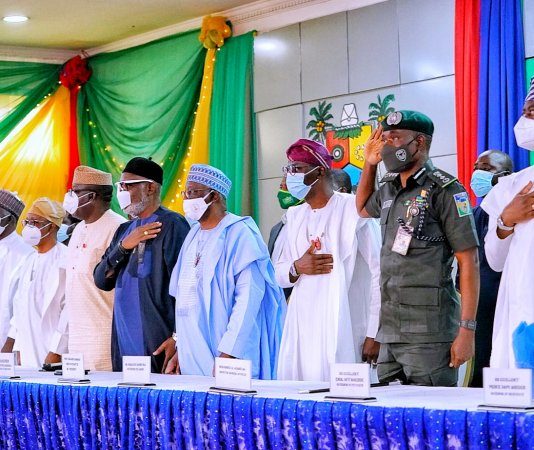 Governors and monarchs in the South-West region, on Sunday, called on the Federal Government to ensure the regulation of the social media.

In a communique issued after a meeting of the governors, traditional rulers and a Presidential delegation in Lagos yesterday, the leaders lamented the negative effect of fake news peddled on social media during the recent #EndSARS protests and the attendant violence.

The leaders also urged the FG to resolve the impasse between itself and the Academic Staff Union of Universities to allow students return to the classroom.

The communique partly read, “We recognise the damaging and negative impact of fake/false news and worry about its destructive and dangerous potency of fake news. We call on the federal government to use the instrumentality of existing laws and those regulations bench-marked from other countries to provide safeguards against the spread of fake news. 2015 Cyber Act will also be fully used.

The Chief of Staff to the President, Ibrahim Gambari; Minister of Information and Culture, Lai Mohammed; the Inspector General of Police, Muhammed Adamu, and ministers from the region also attended the meeting.

It was earlier reported that the Mohammed said the country is sitting on a keg of gunpowder if the issue of fake news is not urgently addressed, insisting on the regulation of social media in the country.

The move, which was supported by northern governors, has, however, been condemned by civil society organisations who described it as a violation of the right to free speech.