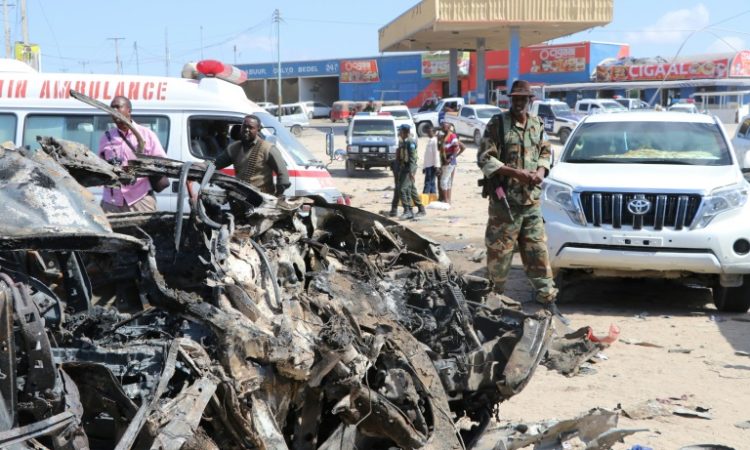 Jihadists from Somalia’s Al-Shabaab group on Sunday stormed a military base used by US forces in Kenya’s coastal Lamu region, destroying several aircraft and military vehicles, according to Kenyan police and army officials.

Al-Shabaab has launched regular cross-border raids since Kenya sent troops into Somalia in 2011 as part of an African Union force protecting the internationally backed government — which the jihadists have been trying to overthrow for more than a decade.

Njuguna said “an attempt was made to breach security at Manda Air Strip” at 5:30am but it was repulsed.

“Four terrorists’ bodies have so far been found. The airstrip is safe,” he said, adding that a fire had broken out but had since been dealt with.

Kenya’s Inspector General of Police Hilary Mutyambai said officers were “on high alert” after the attack.

An internal police report seen by AFP said two aircraft, two American helicopters and “multiple American vehicles” were destroyed at the airstrip. The type of aircraft involved was not immediately clear.

Local government official Irungu Macharia said five people had been arrested near the camp and were being interrogated.

It was not yet known if there were casualties among Kenyan or American troops.

US military officials confirmed the attack and said US and Kenyan forces had repelled the Al-Shabaab fighters.

“Working alongside our Kenyan partners, the airfield is cleared and still in the process of being fully secured,” said the US Africa Command (AFRICOM) in a statement.

The nearby civilian airport at Manda Bay, which brings tourists visiting Lamu Island — a UNESCO World Heritage Site — was closed for several hours after the incident, according to the civil aviation authority.

Al-Shabaab said in a statement it had “successfully stormed the heavily fortified military base and have now taken effective control of part of the base”.

The Somali jihadists have staged several large-scale attacks inside Kenya in retaliation for Nairobi sending troops into Somalia as well as to target foreign interests.

The group has been fighting to overthrow an internationally-backed government in Mogadishu since 2006, staging regular attacks on government buildings, hotels, security checkpoints and military bases in the country.