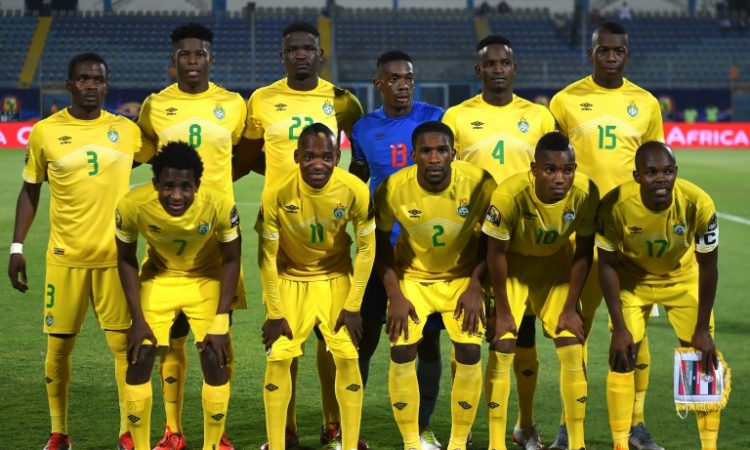 Unable to play at home because of the unstable security situation in the east African country, the Somalis moved the first round first leg to Djibouti.

The Ocean Stars shrugged off the disadvantage to win the match four minutes from time when Ali soared to head a perfectly weighted cross into the corner of the net.

Zimbabwe, who competed at the 2019 Africa Cup of Nations three months ago, host the return match in Harare Tuesday.

This is the sixth appearance of the Somalis in World Cup qualifying and they have been able to play at home only once, in a 1982 eliminator.

The best results they managed before facing Zimbabwe were three draws. They lost eight other qualifiers, including five-goal hidings from Ghana and Ethiopia.

Somalia are ranked 202 of 211 football nations — 90 places below Zimbabwe in the latest world rankings.

Sudan and Rwanda achieved comfortable away victories in other first legs, virtually guaranteeing progress to the second qualifying round for the 2022 World Cup in Qatar.

Ramadan Agab scored a hat-trick to give Sudan a 3-1 victory in neighbouring Chad, only the third away win for the Jediane Falcons in 32 World Cup qualifiers.

He completed his treble midway through the second half in N’Djamena before Chadian Ezechiel N’Douassel converted a penalty.

Rwanda cruised to a 3-0 victory over the Seychelles in Victoria with two goals within four minutes during the opening half setting them up to succeed.

Muhadjir Hakizimana and Yannick Mukunzi netted for the Rwandan Wasps before half-time and Maddie Kagere added a third goal nine minutes from time.

On Friday, former World Cup qualifiers Angola and Togo start their campaigns. Comoros host the Togolese in Moroni and the Gambia have home advantage over the Angolans in Bakau.