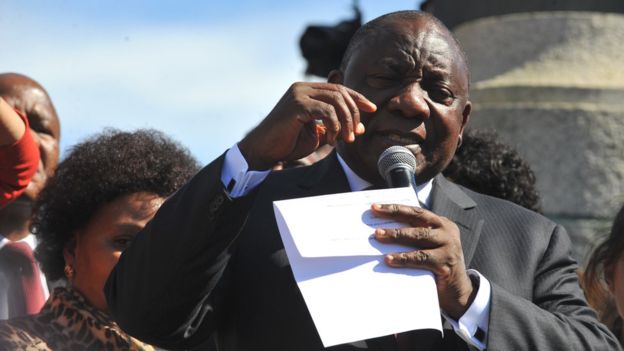 South Africa has apologised to Nigeria over a spate of xenophobic attacks which led to a spike in tensions between the two countries.

A special envoy from South Africa presented an apology to Nigeria’s President Muhammadu Buhari on Monday.

The envoy, Jeff Radebe, expressed the country’s “sincerest apologies” at a meeting in the Nigerian capital, Abuja.

“The incident does not represent what we stand for,” he said, adding that South African police would “leave no stone unturned” in bringing those involved to justice.

Mr Buhari thanked Mr Radebe for “coming to explain to us what happened in South Africa recently, leading to [the] killing and displacement of foreigners”.

“President Buhari responded to profuse apologies from the South African president, pledging that the relationship between the two countries will be solidified,” a statement from his office said.

At the end of last week, South Africa’s President Cyril Ramaphosa told the BBC that he felt ashamed by the recent violence.

“We are very concerned and of course as a nation we [are] ashamed because this goes against the ethos of what South Africa stands for,” he said.