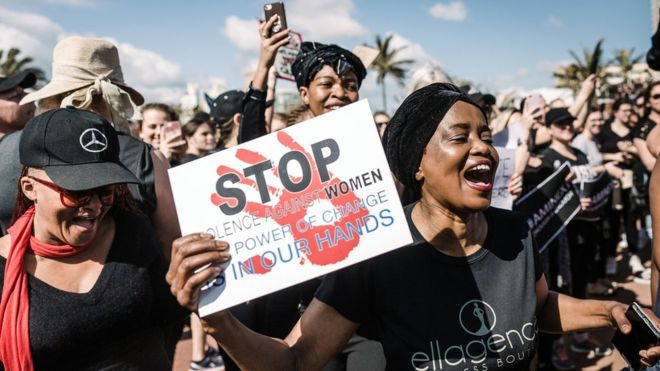 At an emergency sitting of parliament, Mr Ramaphosa said the figures for violence against women and children were similar to those of a country at war.

The spike in violence against women has ignited protests in many areas.

“There is a dark and heavy shadow across our land. Women and children are under siege,” Mr Ramaphosa said, describing South Africa as one of “the most unsafe places in world to be a woman”.

Murders recorded by the police have been rising every year for the last decade, and sexual offences including rape have risen 4.6% this year.

Mr Ramaphosa also addressed the recent xenophobic attacks which gripped parts of Johannesburg a few days ago, and acknowledged that South Africa was facing a serious crisis of violence and intolerance.

Mr Ramaphosa’s message to lawmakers comes a day after a dialogue on femicide and the killing of people with albinism in the country’s Eastern Cape province.