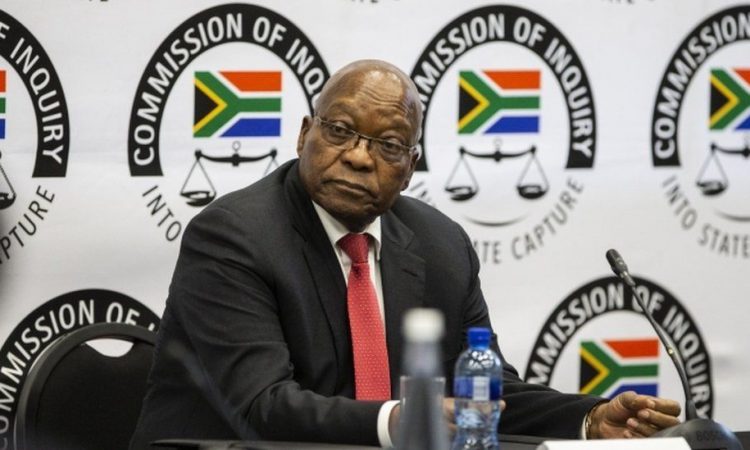 South Africa’s former President Jacob Zuma has told a judge-led inquiry that allegations of corruption against him were a “conspiracy” aimed at removing him from the political scene.

He was appearing for the first time at the inquiry, which is investigating allegations that he oversaw a web of corruption during his term in office. His supporters cheered when he entered the building.

Mr Zuma, 77, was forced to resign as president in February 2018. He was replaced by his then deputy Cyril Ramaphosa, who promised to tackle corruption in South Africa.
Mr Ramaphosa described Mr Zuma’s nine years in office as “wasted”.

The allegations against Mr Zuma focus on his relationship with the controversial Gupta family, which was accused of influencing cabinet appointments and winning lucrative state tenders through corruption.

He has also been accused of taking bribes from logistics firm Bosasa, run by the Watson family.

They all deny allegations of wrongdoing.