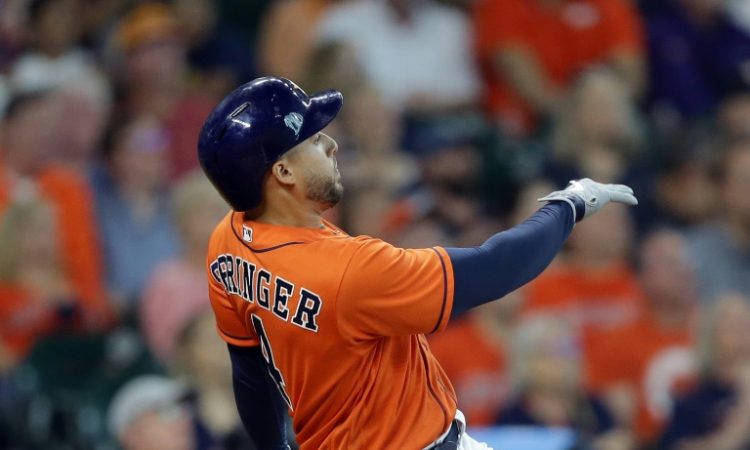 A sellout home crowd cheered the Astros, who are chasing their second World Series crown in three seasons and had already sealed no worse than a wildcard playoff berth, to a third consecutive American League West division title.

Springer, the 2017 World Series Most Valuable Player, blasted homers in the first and second innings off Angels starter Jose Rodriguez and off relief pitcher Jose Suarez in the fourth to put the Astros ahead 4-2, giving him 38 homers for the season.

Alex Bregman swatted his 39th of the year, a two-run blast in the fifth, for a 6-2 Houston lead and Aledmys Diaz added a three-run homer in the sixth for the Astros.

Verlander, who improved to 20-6 on the season, has his winningest campaign since a personal-best 24 wins in 2011. He struck out five batters over five innings and is six strikeouts shy of becoming only the 18th major league pitcher to reach 3,000 career strikeouts.

The 36-year-old right-hander could reach the milestone on Saturday in his final regular-season start, again against the Angels but in California.

The Astros, who lost to eventual World Series champion Boston in last year’s American League Championship Series, improved to 102-54 to stay a half-game ahed of the New York Yankees for the best record in the major leagues and a home-field edge throughout the playoffs.

The Astros are one win shy of matching the club record for most triumphs in a single campaign.

With a 60-21 home record this season, the Astros matched the 1998 Yankees as the only major league teams in the past 40 years to win 60 home games in a season.