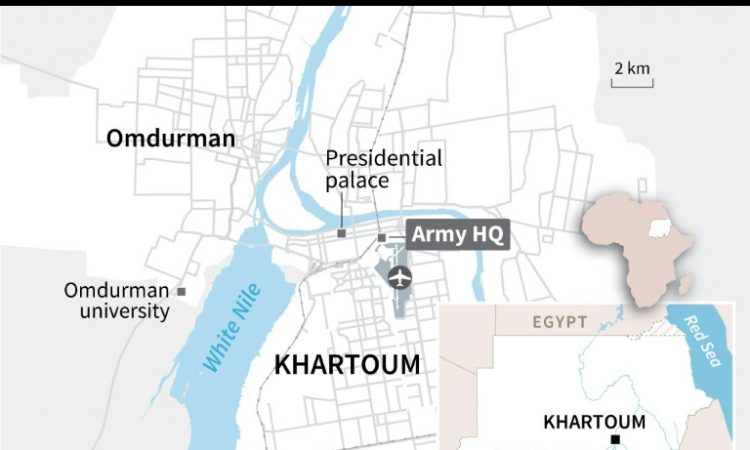 Reports indicate that the streets of Sudan’s capital, Khartoum remain largely deserted on Monday, the second day of an indefinite civil disobedience campaign.

Many people heeded the call from protest and opposition groups for civil disobedience and the majority of businesses and offices in the capital, Khartoum are closed despite a few movements unlike on Sunday.

The aim is to force the country’s military leaders to transfer power to a civilian authority. A security operation on Sunday is said to have claimed four lives in and around Khartoum.

Despite the crippling nature of the shutdown, the junta’s spokesperson Gen. Kabbashi is on record as saying all was normal across Sudan.

The state-run television also showed footage suggesting that life was going on as normal in Khartoum but activists pointed out that the said footage was an old one.

The strike is in response to a military crackdown on protesters a week ago which left more than 100 people dead, according to opposition groups. The government has put the death toll at 61.