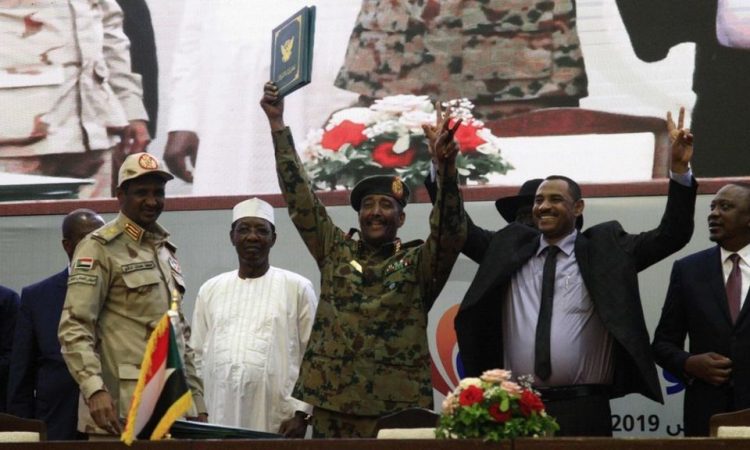 Sudan’s military leaders and opposition alliance have formed a sovereign council to lead the country during its three-year transition to civilian rule.

Made up of six civilians and five military officers, it will initially be led by Lt-Gen Abdel Fattah Abdelrahman Burhan.

He took over as Sudanese leader following the overthrow of President Omar al-Bashir.

The council will be sworn in on Wednesday morning.

A prime minister is expected to be sworn in later that day.

The latest moves were announced by a spokesman for the ruling Transitional Military Council (TMC).

The agreement included the setting up of the sovereign council, and the rotation of its chairmanship of the council for just over three years.

It is designed to pave the way towards elections and civilian rule.

General Mohamed Hamdan “Hemeti” Dagolo, widely regarded as Sudan’s most powerful man, has pledged to abide by the terms of the deal.