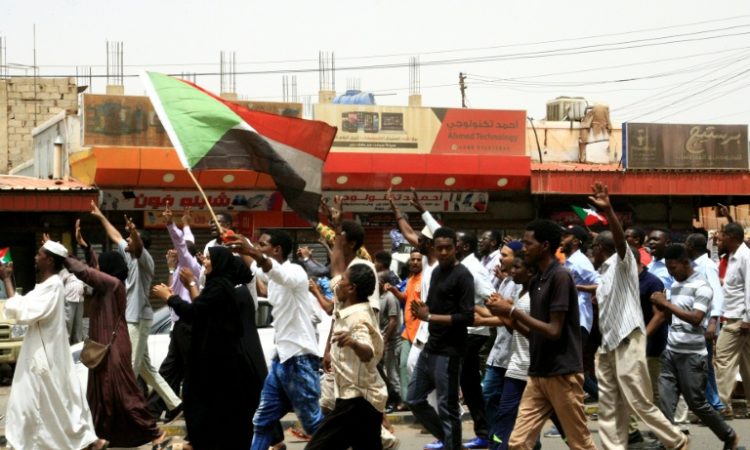 Tens of thousands of protesters rallied across Sudan on Sunday against the ruling generals as demonstrators marched on the presidential palace in Khartoum, in the biggest mass demonstration since a deadly crackdown on demonstrators.

The “million-man” march is seen as a test for protest organisers whose push for civilian rule has been hit by the June 3 raid on a Khartoum sit-in and a subsequent internet blackout that has curbed their ability to mobilise support.

Dozens of demonstrators were killed and hundreds wounded when armed men in military fatigues stormed the sit-in outside army headquarters, shooting and beating protesters who had camped there since April 6.

On Sunday, police fired several rounds of tear gas on crowds approaching the presidential palace after organisers called for a march on the building that houses offices of the ruling transitional military council, an AFP correspondent reported.

“We call on our revolutionary people in the capital to go to the republican palace… to seek justice for the martyrs and for an unconditional transfer of power to civilians,” the Sudanese Professionals Association that first launched protests against now ousted ruler Omar al-Bashir said on Twitter.

Police also fired tear gas at protesters in the northern Khartoum district of Bahri and in Mamura and Arkweit, in the capital’s east, as thousands of protesters chanted “Civilian rule! Civilian rule!”, witnesses said.

Elsewhere, security forces used tear gas to disperse protests in the capital’s twin city of Omdurman and the eastern town of Gadaref.

The latest demonstrations come at a time when Ethiopia and the African Union (AU) are jointly mediating between the protesters and generals.

The European Union, several Western nations and rights groups called on the generals to avoid any violence.