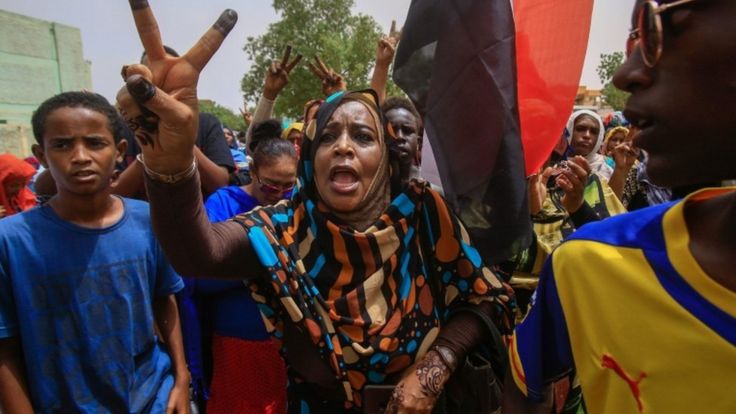 Sudan’s military leaders have reached an agreement with the opposition alliance to share power until elections can be held, mediators say.

The two sides agreed to rotate control of the sovereign council – the top tier of power – for at least three years.

They have also pledged to form an independent technocratic government and to investigate the violence of recent weeks, the African Union (AU) said.

Just days before the three-year transitional deal was announced, vast crowds took to the streets to demand that the ruling military council hand power to a civilian-led administration.

Seven people were killed and 181 were hurt in clashes that followed, state media reported.

The latest round of talks took place in the capital, Khartoum, earlier this week and were heavily mediated by the Ethiopian prime minister and members of the pan-African AU.

The agreement will see the military in charge for the first 18 months, then a civilian-run administration for the remaining 18 months.

Both sides also “agreed to have a detailed, transparent, national, independent investigation into all the regrettable violent incidents that the country faced in recent weeks,” he added.

They have also agreed to postpone the establishment of a legislative council.