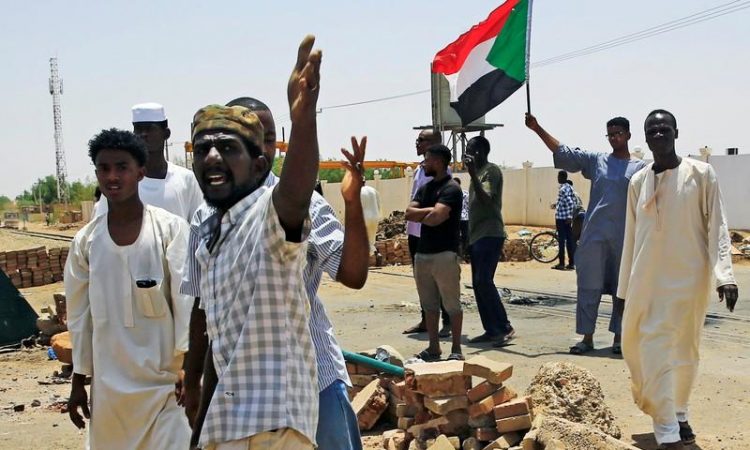 Sudan’s opposition plans to nominate eight members of a transitional council and name a prominent economist to head a government, a leader in the alliance of protesters and opposition groups said on Monday.

Sudanese protesters set up a barricade on a street, demanding that the country’s Transitional Military Council hand over power to civilians, in Khartoum, Sudan June 5, 2019. REUTERS/Stringer
The plan, which appears to build on a proposal by Ethiopian Prime Minister Abiy Ahmed presented during a mediation visit to Khartoum last week, could help break a deadlock between the country’s military rulers and the civilian opposition in efforts to agree on a transition to democracy.

Abiy visited Khartoum on a mediation mission in which he proposed a 15-member transitional council consisting of eight civilians and seven army officers to lead the country to democracy.

Tensions have soared in Sudan since security forces violently broke up a protest camp in central Khartoum a week ago, killing dozens of protesters. The opposition have responded by declaring civil disobedience that has curtailed life in the capital.