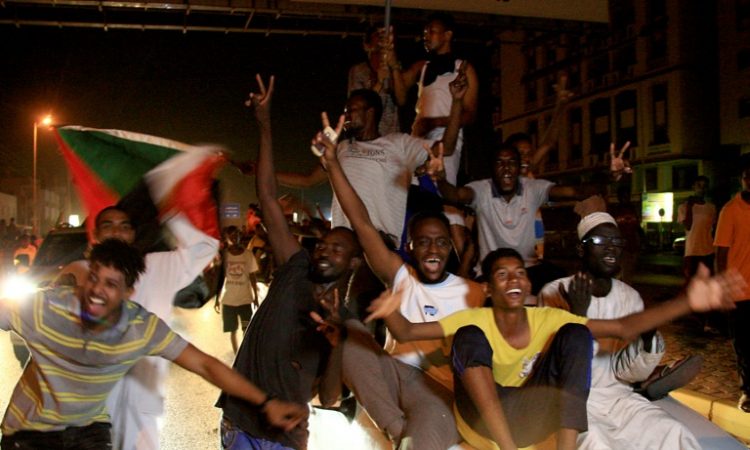 Thousands of jubilant Sudanese took to the streets of the capital Khartoum when the deal was announced before dawn to celebrate the prospect of a civilian government.

The declaration builds on a landmark power-sharing deal signed on July 17 and provides for a joint civilian-military ruling body to oversee the formation of a transitional civilian government and parliament to govern for a three-year transition period.

The deal is the fruit of difficult negotiations between the leaders of the mass protests which erupted last December against the three-decade rule of president Omar al-Bashir and the generals who eventually ousted him in a palace coup in April.

“I am announcing to the Sudanese, African and international public opinion that the two delegations have fully agreed on the constitutional declaration,” AU mediator Mohamed El Hacen Lebatt told reporters.

He said further meetings would be held to work out the technical details of the deal and discuss the signing ceremony.

An initial inking of the agreement is expected to take place on Sunday, protest leaders said, ahead of a formal signing in front of foreign dignitaries.

The talks between the protest movement and the generals had been repeatedly interrupted by deadly violence against demonstrators.

They were suspended for weeks after men in military uniform broke up a long-running protest camp outside army headquarters in Khartoum on June 3, killing at least 127 people according to doctors close to the protest movement.

They were briefly suspended again earlier this week when paramilitaries shot dead six demonstrators in the city of Al-Obeid, four of them schoolchildren.

Demonstrators among the crowds that took to the streets in the early hours hailed victory in their struggle for a new Sudan.