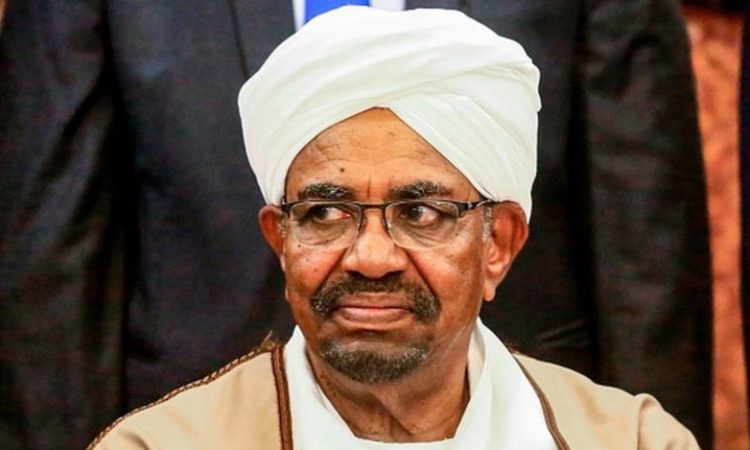 Sudan’s former President Omar al-Bashir has arrived at court to face corruption charges, which his lawyers say are baseless.

Bashir was ousted in April after months of protests bringing an end to his nearly 30 years in power.

In June, prosecutors said a large hoard of foreign currency had been found in grain sacks at his home.

On Sunday, pro-democracy activists and the country’s military leaders signed a deal paving the way for elections.

In June, Omar al-Bashir was seen in public for the first time outside the prosecutor’s office in Khartoum

What are the corruption charges?

In April, Sudan’s military ruler General Abdel Fattah al-Burhan said more than $113m (£93m) worth of cash in Sudanese pounds and foreign currency had been seized from Mr Bashir’s home.

The ousted leader had been due in court in July – but the trial was postponed for security reasons.