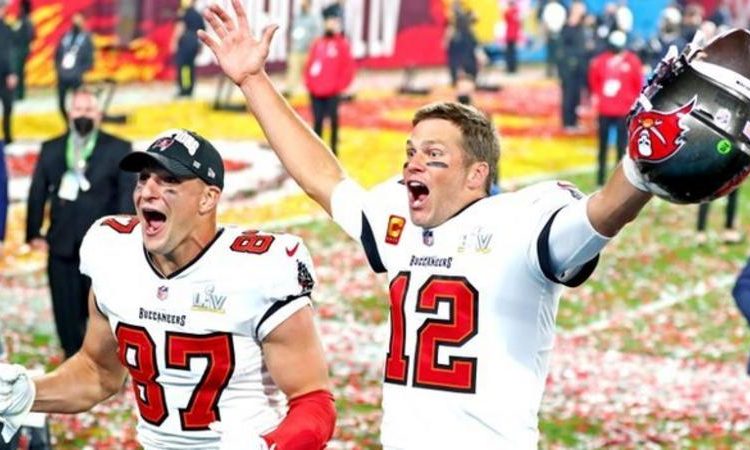 Tom Brady steered the Tampa Bay Buccaneers to a comfortable 31-9 victory over the Kansas City Chiefs to extend his record for Super Bowl wins to seven.

In his first season after a glittering 20-year spell with the New England Patriots, the evergreen quarterback helped Tampa Bay become the first team to play a Super Bowl in their own stadium.

And despite facing Kansas City and their dynamic young quarterback Patrick Mahomes, who came in as favourites, Brady threw three touchdown passes to prevent the Chiefs becoming the first back-to-back NFL champions since Brady and the Patriots in the 2004 season.

At 43 years and 188 days, Brady became the oldest player to play in the biggest game in US sport, extending his record for Super Bowl appearances to 10 and joining Peyton Manning as the only quarterbacks to win Super Bowls with two different teams.

Already widely considered the greatest NFL player of all time, Brady decided to leave New England in the off-season for a new challenge and was lured to Tampa Bay, whose only previous Super Bowl win came in the 2002 season.

He reportedly urged the Bucs to bring in former Patriots team-mates Rob Gronkowski and Antonio Brown, as well as Leonard Fournette, and the trio shared Tampa Bay’s four touchdowns as they eased home in Super Bowl 55 after leading 21-6 at half-time.

While the Chiefs came into the post-season as the top seed in the AFC Conference, Tampa Bay were the NFC’s fifth seed and became the first wildcard team to win a Super Bowl since the Green Bay Packers 10 years ago after a remarkable play-off run.

After losing to the Chiefs in week 12, the Bucs finished the regular season with four wins before beating three division winners – all on the road – to reach the title decider for just the second time.

Remarkably, Brady now has more Super Bowl wins than any single NFL franchise and was named the big game’s Most Valuable Player for a record-extending fifth time.

“I’m so proud of all of these guys,” he said. “We had a rough November but Bruce Arians (head coach) had all of the confidence in us and we came together at the right time.

“I’m not making any comparisons. Coming down here and playing with this group of guys is amazing.”

While at New England, Brady formed the NFL’s most successful quarterback-coach partnership with Bill Belichick, and when he left, some felt that Belichick deserved more of the credit, that Brady would get ‘found out’ without him.

But the Patriots endured their first losing season since 2000 – the year before Brady became their starting QB – while Brady has won another Super Bowl, with a team he joined during a pandemic, after a heavily disrupted off-season with no pre-season games.

It was also a team that, before this season, had not won a play-off game since winning Super Bowl 37. They had not reached the post-season at all since 2007.

But Brady recognised they were gradually building a competitive roster. They had a solid defence that would protect him in the pocket and two of the NFL’s best receivers in Mike Evans and Chris Godwin.

During Super Bowl week, coach Bruce Arians said Brady was “the missing piece”. For good measure, they brought Gronkowski out of retirement, gave Brown another chance and picked up free agent Fournette.

All came to the fore as the Bucs ramped up for an unlikely run at the Super Bowl and after Kansas City opened the scoring with a field goal, Brady found Brown twice on the next drive before sending tight end Gronkowski over with a screen pass.

The pair combined to devastating effect at New England before Gronkowski retired after winning Super Bowl 53 with Brady and the Patriots. The 31-year-old had a brief stint in WWE and television during his time out. But after easing back into the rigours of the NFL with seven touchdowns during the regular season, he caught a 17-yard strike by Brady for his second of Super Bowl 55.

The Chiefs finally got some offence going to reply with a field goal but left 64 seconds for Tampa Bay to score before the half, and Brady completed a 71-yard drive by finding Brown in the end zone.

Kansas City rallied at the start of the second half and cut the deficit with another field goal, but the Bucs continued to dominate on both sides of the ball, stifling the NFL’s best offence.

Brady found Gronkowski for another big play before Fournette burst through for a 27-yard touchdown to seal a victory which many dreamed of in Tampa when Brady came aboard, but few would have thought was possible.

Admin1 year ago
131
England's bid to end their 55-year wait for a major trophy ended in the familiar agony of defeat in a...

Admin2 years ago
118
One of Australia's biggest sporting clubs, Australian Football League (AFL) giant Collingwood, has a culture of "systemic racism", a report... 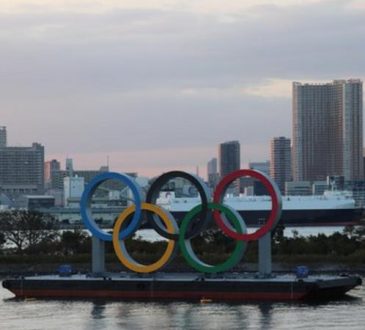 Admin2 years ago
103
The delayed 2020 Tokyo Olympics and Paralympics will go ahead this summer despite concern over rising coronavirus cases, says Japan's...